Trade body RenewableUK could increase its political muscle after officially teaming up with the UK’s largest trade union Unite which represents 1.5 million workers. The two bodies announced today they […] 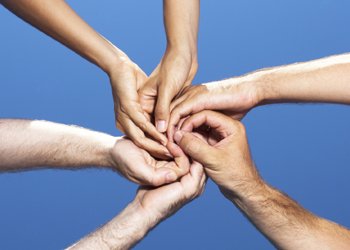 Trade body RenewableUK could increase its political muscle after officially teaming up with the UK’s largest trade union Unite which represents 1.5 million workers.

The two bodies announced today they have signed an accord to support each other in campaigning for benefits for UK businesses and their workers in the renewable industry. They say it already provides 12,000 permanent jobs.

Last year they claim they successfully campaigned for extra government support for wave power – DECC’s new proposals for the subsidy would see it rise from 2 ROCs up to 5 ROCs.

Maria McCaffery, RenewableUK’s Chief Executive said: “The expansion of the wind, wave and tidal industry has the potential to generate up to 120,000 jobs over the next ten years, both directly and through the UK-based supply chain that is growing alongside the industry. Many of the new opportunities the offshore wind industry in particular will generate will be in the old industrial areas along our coastline – areas badly in need of new employment.”

Kevin Coyne, Unite the Union’s National Officer for Energy said: “With members in every form of power generation and distribution, Unite are exceptionally mindful of the massive potential for growth and employment the renewable energy sector provides.”

Unite the Union has previously played a role in co-ordinating several large strikes, such as the public sector strike last Autumn. It is currently involved in a dispute with contractors at Ratcliffe-on-Soar Power Station on behalf of workers over pay cuts.

But RenewableUK, which represents more than 660 corporate members, played down suggestions it was gearing up for strikes with the partnership. Instead it will focus on using their shared “grassroots” networks to counter myths about wind farms.

A spokesperson said: “I don’t think we’ll be going for strikes but we’ll passing information out [through grassroots groups] about new wind farms because there’s an awful lot of myths around… It’s not a case of looking at industrial action.”