Builders and big business are praising the Government for “holding its nerve” on new reforms of the planning system. Yesterday the Department for Communities and Local Government brought out its […] 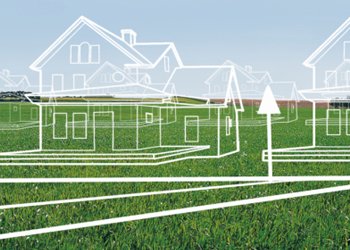 Builders and big business are praising the Government for “holding its nerve” on new reforms of the planning system.

Yesterday the Department for Communities and Local Government brought out its new policy framework, which changes the way developers get permission for building projects.

The reform was touted as a way of cutting back on red tape to stimulate growth, as well as letting local communities “back into planning” by “dismantling the unaccountable regional apparatus and introducing neighbourhood planning”.

John Cridland, Director-General of the CBI which represents thousands of UK businesses said: “Future generations will be thankful that the Government has held its nerve on this. Having a presumption in favour of sustainable development gets the balance right between supporting jobs and growth and serving the interests of the environment and society.

“The new framework hands the responsibility back to local communities to decide where new homes, businesses and infrastructure to support them should be built.

“So the onus is on local authorities to work with people and businesses in their area to develop suitable plans as quickly as possible.”

He added it is “not an invitation to concrete over Britain, as some would have us believe.”

The Federation of Master Builders (FMB), the UK’s largest trade association in the building sector, echoed the view that “the Government appears to have stuck to its guns”.

However it warned the demand for houses is set to rise in the next five years and the country urgently needs enough space for new housing.

Brian Berry, Chief Executive of the FMB said: “The NPPF is a step in the right direction but in order to build more homes local planning authorities must allocate sufficient financially viable land for the construction of new homes.”

Some experts suggested environmentalists would be pleased with the shape of the new planning rules.

“Ecologists will welcome the clear statement that local planning authorities should not identify new sites for peat extraction or extensions to existing sites,” said John Box, at environmental consultancy Atkins.

He said the “real test” of new rules will depend on its interpretation by developers and planners.

Nevertheless campaigners still had reservations about “confusing and contradictory information” in the document, which has been shrunk from a thousand pages to roughly a hundred.

Friends of the Earth’s Policy and Campaigns Director Craig Bennett said: “Ministers must make it crystal clear that the new planning system will encourage the low-carbon infrastructure and affordable homes our nation needs – and prevent poor quality developments that waste water and increases our reliance on expensive fossil fuels.”