Proposals to formally include aviation and shipping in the UK’s carbon targets released today seem to have gone down well with both industries. But both are concerned by EU plans […] 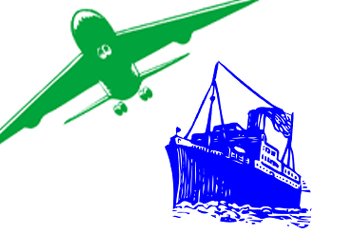 Proposals to formally include aviation and shipping in the UK’s carbon targets released today seem to have gone down well with both industries. But both are concerned by EU plans along the same lines which could “distort” UK trade.

This morning the Committee on Climate Change brought out a report suggesting the emissions from international air transport and shipping should be covered in the UK’s carbon budgets and 2050 target to cut emissions by 80%.

Virgin Atlantic, Sir Richard Branson’s airline, backed the findings: “We agree with the CCC that the best way of tackling emissions from an international industry like aviation is at a global level.”

The firm is “optimistic” about efforts currently underway at international air group, ICAO, which is pushing for a global agreement.

Sustainable Aviation, the group which represents 90% of UK airlines and airports, also welcomed the report’s focus on “multi-lateral” action.

Matthew Gorman, Chairman of Sustainable Aviation and BAA’s Director of Sustainability said: “Unilateral targets to limit UK aviation emissions will lead to those emissions being produced elsewhere and market distortion. With this in mind we welcome the Committee on Climate Change’s support for multilateral measures to tackle climate change rather than unilateral national targets.”

The Chamber of Shipping, the UK shipping sector’s trade association, responded “warmly” to the proposals, throwing its “unreserved” support behind “its aims and recommendations”.

David Balston, Director of Safety & Environment said: “We are also very pleased to note their conclusion that any measure aimed at tackling emissions should be global in nature rather than regional, reflecting the truly international nature of shipping.”

But he added a word of warning: “A regional instrument, such as is being discussed within the EU at present would distort trade, be easily evaded and be extremely difficult to administer.”