A strong future for biomass power is in danger of slipping through Britain’s fingers because the Government is delaying revealing news about the Renewables Obligation banding. Biomass is currently covered […] 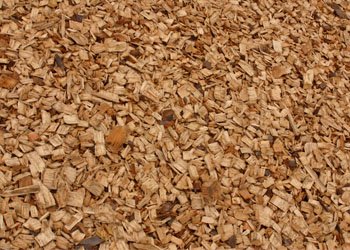 A strong future for biomass power is in danger of slipping through Britain’s fingers because the Government is delaying revealing news about the Renewables Obligation banding.

Biomass is currently covered by the Renewables Obligation subsidy scheme, which lasts up to 2017, after which the industry subsidies will be covered by the Electricity Market Reform (EMR).

Plans for the EMR are still to be confirmed by DECC. The worry is that investment in biomass is being held back the longer policy decisions are delayed, becase investors can’t be certain of how profitable projects will be after 2017, suggested Paul Thompson, Head of Policy at REA.

While Gaynor Hartnell, chief executive of the REA, trade body which represents the major firms in biomass including Drax, British Sugar and E.ON, said if the UK doesn’t secure investment for biomass, “the money could flow anywhere in the world.”

At a briefing for the Back Biomass campaign by REA and several biomass firms, she told journalists: “We really need Government to do something to just pull through. We’re down at the bottom of the league [in Europe] for biomass.”

The UK biomass industry creates around 2,000 jobs, in comparison with Germany which employs 60,000 and France which has 68,000 working in the sector, she said.

DECC defended plans to release news of the RO later this year: “We have brought forward the timetable for publishing bandings by around six months to give investors earlier certainty. It is right that we undertake rigorous analysis so that we both encourage investment and ensure value for money for consumers.”

The department told ELN it will shortly be publishing more details on reforms to electricity market (EMR), “which will give investors more certainty on support for low carbon electricity.”

But the REA warns there is also a risk to current biomass projects with the delay of other policy announcements.

Mr Thompson said some firms have taken a “gamble” as they will already have bought their wood supplies for 2013 but without knowing what the Government’s Sustainability Criteria to qualify for subsidy under the RO are.

After April 2013 they will have to demonstrate their eligibility for the scheme. The Government still hasn’t released the criteria. and the REA complains it was expected to do so in early April.

A spokesperson for DECC said it was “surprised” firms might be concerned over this, adding: “Industry has been aware of sustainability criteria since 2009 and sustainability reporting has been in place on a voluntary basis since April 2010 to enable industry to adjust.”