The Government’s announcement for renewables subsidy in the UK will bring “short-term relief” for the industry. The comment, made by Ernst & Young, comes after Energy Secretary Ed Davey announced […] 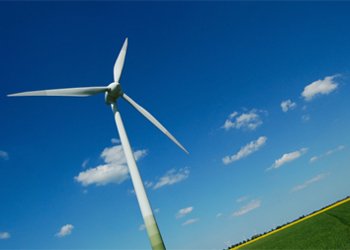 The Government’s announcement for renewables subsidy in the UK will bring “short-term relief” for the industry.

The comment, made by Ernst & Young, comes after Energy Secretary Ed Davey announced a 10% cut in onshore wind subsidies rather than the 25% proposed by the Treasury.

Amaud Bouille, Environmental Infrastructure Director at the company said: “DECC’s banding announcement is great news for the sector and will bring some short-term relief for the industry as a whole.

“For onshore wind especially, the 0.9 ROC decision is a critical milestone and will give the industry some comfort over the Government’s commitment to the sector.

“With an oversupply in the wind turbine market, we would expect costs to reduce and the sector to be gradually wound-down off subsidies in the medium term. Onshore wind may slowly be entering the brave new world of mainstream market economics.”

The news was also welcomed by a Danish wind giant, which said the Government made the right decision.

A spokesperson from DONG Energy said: “The results of the review show that the Government has considered the solid evidence provided by the industry and made the right decision for offshore wind support.

“The publication of the banding review gives us more confidence to continue our UK focus and also helps to build investor confidence in offshore wind projects.”