Germany to invest €100bn in renewables

Germany’s national infrastructure bank is set to provide €100billion (£78.6billion) for renewables and energy efficient projects. KfW plans to make the investments in the next five years and said the […] 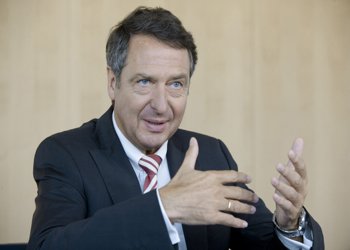 KfW plans to make the investments in the next five years and said the increase in green investment will see the bank play a key role in Germany’s plans to transition away from nuclear power while cutting greenhouse gas emissions.

The Government-backed bank claims it has already granted around €12.1billion (£9.5billion) in “environmental and climate protection” projects during the first six months and plans to lend roughly the same again in the second half.

Dr Ulrich Schroeder, Head of KfW said the majority of funding has gone to small-scale initiatives rather than big projects such as offshore wind due to continued delays over grid connections but said that could change.

He said: “KfW is involved in considerations aimed at improving the financing situation for grid connections to offshore and the expansion of the grid.”