Railways are most sustainable form of transport

Railways are the most environment friendly form of transport as they account for less than 1% of the industry’s global carbon emissions. The claim was made by the International Energy […] 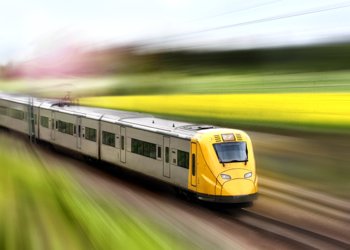 Railways are the most environment friendly form of transport as they account for less than 1% of the industry’s global carbon emissions.

The claim was made by the International Energy Agency (IEA) and the International Union of Railways (UIC) as their report highlighted the environmental sustainability of rail transport with railway companies significantly improving their energy efficiency over the last two decades. The report showed in 2009 13% less energy was needed to move a passenger over a kilometer and 19% less energy to move a tonne over a kilometer compared to figures from 1990.

It claims electricity used by railways in Europe is produced with an average of 30% from renewable sources, which has increased in the last four years.

The transport industry is responsible for nearly one quarter of carbon emissions worldwide, with increased greenhouse gas emissions from fuel combustion, which is mainly due to road traffic.

The UIC aims to have a carbon-free train operation system by 2050.