London is the least car-dependent city in England according to a new report. The capital topped a ‘Car Dependency Scorecard’ study of 26 cities by the Campaign for Better Transport […] 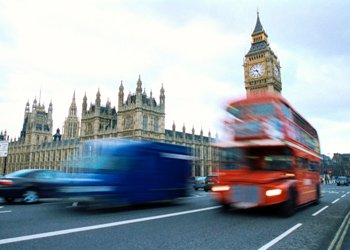 London is the least car-dependent city in England according to a new report. The capital topped a ‘Car Dependency Scorecard’ study of 26 cities by the Campaign for Better Transport which examined how many options residents in each city have to get around by public transport, walking or cycling.

Brighton and Hove was ranked second, closely followed by Nottingham. At the other end of the scale, the worst city for car dependency was Wigan, with Peterborough and Colchester close behind.

Each city was graded according to four categories: transport accessibility and planning, quality and uptake of public transport; walking and cycling as alternatives; driving and car use.

London claimed the top spot after being ranked second in the previous such study in 2010, because of its good access to key services by public transport, the most frequent bus services and highest bus usage per person.

Meanwhile, car ownership in the inner boroughs and car usage for commuting or school journeys are both low, according to the report.

In contrast Wigan has the highest car usage, with 60% of commuters driving to work, while public transport access to key services was poor.

The most improved city since 2010 was Southampton, climbing five places overall to fifth which was put down to new partnerships between local councils and public transport operators.

Sian Berry, Sustainable Transport Campaigner for Campaign for Better Transport said: “The cities that have topped our ranking show how good planning and investing in transport infrastructure can provide decent transport alternatives and reduce the number of people having to make every-day journeys by car.”