French energy company EDF Energy has shrugged off accusations the cost of nuclear power could add an extra £70 to household bills as “speculation”. This week the chief executive of […] 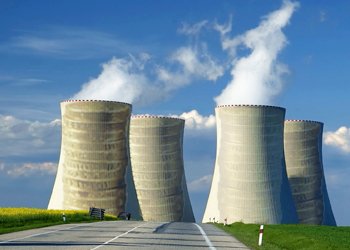 French energy company EDF Energy has shrugged off accusations the cost of nuclear power could add an extra £70 to household bills as “speculation”.

This week the chief executive of rival supplier SSE claimed the price of new nuclear could add £70 to household electricity bills.

EDF Energy is planning to build several new nuclear reactors in the UK, depending on the strike price – or amount the government gives suppliers for generating low carbon energy – which is set in the new Energy Bill due this Autumn, possibly by the end of October.

SSE’s Ian Marchant wrote: “EDF is reportedly seeking a number closer to £140/MWh of electricity generated, comparable to the cost of electricity from offshore wind farms.”

He went on to say this price was far higher than the £65/MWh which research for the Government put as a baseline figure for the cost of new nuclear. He said the difference between these two would amount to £2bn every year – or £70 per house.

However EDF Energy strongly rebuffed these figures and suggested it is “inappropriate” to comment on the progress of discussions with government because they are a “commercial negotiation”.

The supplier told ELN in a statement: “Any calculation of the notional extra cost per household of new nuclear is speculation and figures of £140 per megawatt hour are simply incorrect. EDF Energy has already made it clear publicly that the figure will be lower than this.

“At present the strike price applicable to new nuclear is subject to discussions with the Government. As this is a commercial negotiation, it is not appropriate or possible to give a running commentary on its progress. However, when a figure is published, it will be open and transparent for all to see. We are confident that any agreement will demonstrate the competiveness of new nuclear and will be fair for consumers. It is in the interest of both the Government and EDF to ensure this is the case.”