Government plans to compensate large energy users with a £250million package took an “important” step forward today as BIS and DECC opened a consultation on how the scheme would work. […] 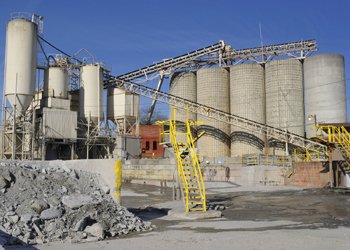 Government plans to compensate large energy users with a £250million package took an “important” step forward today as BIS and DECC opened a consultation on how the scheme would work.

Chancellor George Osborne announced the cash last year to help manufacturers cope with the cost of emission-cutting taxes such as the EU Emissions Trading System and the UK’s carbon price floor.

The Government is trying to win state aid approval for the scheme as quickly as possible so businesses can be certain about their costs for the next few years – and crucially don’t take their business elsewhere.

Energy Secretary Ed Davey said: “It is important we ensure that as we move to a low-carbon economy, those industries that are more energy-intensive are not forced to relocate to other countries. This would not only have a negative impact on our economy, but could also result in us exporting emissions to countries that  are not as strongly committed to cutting carbon emissions.

Business Secretary Vince Cable added: “Decarbonisation does not mean deindustrialisation. This call for evidence will help us develop the criteria for compensation and help us to target relief to those companies and business sites whose competitiveness is at risk.”

Though “grateful” for the help from DECC and BIS, energy intensive users believe problems are on the horizon for sectors like steel, chemicals, or cement because the package is “significant but inadequate” to compensate everyone.

Jeremy Nicholson, spokesman for the Energy Intensive Users Group told ELN: “This is an important step in the right direction… but there’s a tight timetable. The Government is anxious to get approval as soon as possible.”

He added. “It’s a problem for getting a level playing field for manufacturers across Europe.”

However BIS tried to placate these fears and a spokesman said: “These are very much proposals at this stage. If some firms think they’re eligible under proposals this is the chance to speak up.”

The next major milestone will come in the spring when the Government plan has secured approval from the European Commission.