Quarter of families turn heating off for food

Nearly a quarter of mums have had to choose between feeding their families and heating their homes this winter due to rising energy bills. A new poll of 1,000 people […] 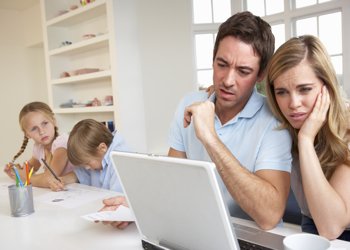 Nearly a quarter of mums have had to choose between feeding their families and heating their homes this winter due to rising energy bills.

A new poll of 1,000 people by a pressure group claims 23% of people had to face the choice of picking food over heating, with eight out of ten families rationing warmth in their homes and nine out of ten wearing extra clothes instead of turning the heating on. It also claims more than half turn it off when their kids are out, 45% are wrapping up in a duvet or blankets during the day and one third are going to bed early to cut energy costs or wearing two layers of clothes in bed to keep warm.

The Energy Bill Revolution campaign is calling on Ministers to tackle Britain’s fuel poverty crisis by “super-insulating” millions of homes across the country. It claims insulating homes could help cut more than £300 from the average family’s fuel bill and create up to 100,000 jobs and wants the Government to use the money raised in carbon tax.

Carbon tax is the payments made by large businesses for the carbon emissions they emit. It comes into force in April and is expected to raise £2.7 billion in 2013, rising to £6.8 billion in 2027.

Ed Matthew, Director of the campaign said: “This survey shows that we are facing a national energy bill crisis. We call ourselves a developed country but no one should have to make the choice between feeding their family and heating their home. But there is a solution. By recycling carbon revenue to make homes super-energy efficient we can end the fuel poverty scandal once and for all. It is time for the Government to get a grip on this crisis and recognise that fully insulating UK homes is the best way to drive down energy bills.”

The survey also found 88% of families are more worried about their winter bills this year than last year and one in five said they believe their children are ill more often as a result of living in colder homes.