The UK and Ireland yesterday took a first step towards trading energy which could see the UK import plenty of wind power from its neighbour. UK Energy Secretary Ed Davey […] 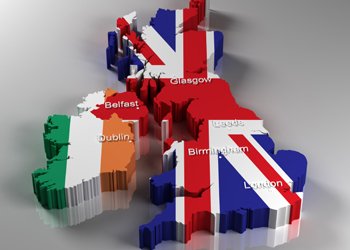 The UK and Ireland yesterday took a first step towards trading energy which could see the UK import plenty of wind power from its neighbour.

UK Energy Secretary Ed Davey met with his Irish counterpart Pat Rabbitte in Dublin to agree plans for co-operating more on energy at a conference hosted by the British Irish Chamber of Commerce.

The pair signed a Memorandum of Understanding agreeing to keep a “strong partnership” on energy issues, achieve “closer integration” of electricity markets and boost the “sustainable use” of low carbon renewable energy resources.

The deal took place as a row over “giant” wind turbines to be erected on Irish bogland threatening to pop up, with some environmentalists reportedly calling plans for the 600ft turbines “crazy”. When built they will generate power for three million homes in the UK from 2017.

Mr Rabbitte, the Irish Minister for Communications, Energy & Natural Resources said: “Ireland has the potential to generate far more wind energy than we could consume domestically. The opportunity to export this green power presents an opportunity for employment growth and export earnings which we must seize if we can.”

He said the countries will work “closely” together on the “complex engineering and market issues” to move towards a formal agreement on energy trading in a year’s time.

Mr Davey added: “Trading power with Ireland could increase the amount of green power in our energy mix and potentially bring down costs for UK consumers… [and] benefit the economies of both countries.”

The Government believes as many as 3,000 to 6,000 jobs could be created if all goes to plan and the UK and Ireland sign an Inter-Governmental Agreement in 2014, giving the go-ahead to a 3,000MW wind project.

One UK environmental group agreed linking up will help the UK cut its emissions but said it should be doing more itself.

Guy Shrubsole, Friends of the Earth’s Energy Campaigner said: “We should be doing much more to harness our own huge wind resource – onshore and offshore – to create jobs and business opportunities in this country. The Government must act now to set a target to clean up our electricity by 2030. This will give firms the confidence they need to invest in the UK’s green economy and export valuable, world-leading expertise.”