Triple A. No we’re not talking about a dodgy grease-haired boy band, the lesser-known cousin of that butch WWE wrestler or those annoyingly small batteries which you never have enough […] 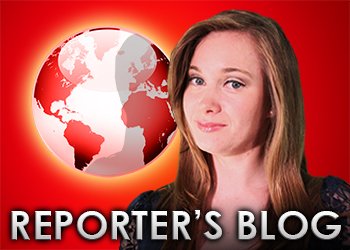 Triple A. No we’re not talking about a dodgy grease-haired boy band, the lesser-known cousin of that butch WWE wrestler or those annoyingly small batteries which you never have enough of to replace the ones in your telly remote.

No, triple A or AAA is the top notch credit rating which the UK has, as of last week, lost. Well that was careless, wasn’t it?

Chancellor George Osborne pinned his economic strategy – and reputation – on keeping it. Now we’ve been knocked down a peg to AA1 by ratings agency Moody’s, what does it mean for the energy crowd?

Given that analysts say the market has known the downgrading was on its way for quite some time, even three or four months ago, the million pound (deficit) answer isn’t too clear.

Economists expect it to affect the value of the British pound. If our currency is worth less than others, in particular the US dollar which is used to trade oil, will this have a knock-on effect on power prices?

Dr Monica Giulietti, energy professor at Warwick Business School who has had her eye on the energy industry for at least 16 years, tells me it could well have this “indirect” impact. But that’s only on top other factors like increasing demand for oil from developing countries as well as western nations’ taxes to fund renewable energy.

A weaker pound will affect fuel costs more than our power prices, Dr Giulietti believes, because oil is mostly used for transportation. As for how much oil prices could go up for Brits, who knows, but she thinks the effect is “not going to be substantial”.

Should we all breathe a sigh of relief then? Not just yet, as there could be another effect on the sector. If the pound is down, then this could spell the start of higher interest rates, making it harder for companies to attract funds or the Government to borrow money for energy projects.

So that’s great for business then – and just at a time when we need to be spending plenty on ageing energy infrastructure! As chicken-wrestler and lime green leotard-sporting Borat might say… NOT.

Post-recession, it seems Britain isn’t out of the woods yet – and unfortunately for us, we can’t take out any anger on AA1 (or George Osborne and co, for that matter) in the wrestling ring.