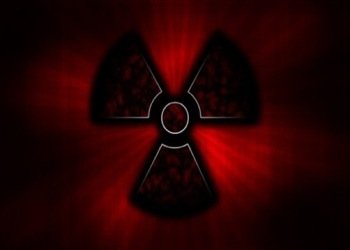 Chiefly that means EDF Energy have yet to decide whether they want to pay to build it, something the firm had said relies on how much the Government will pay for the low carbon nuclear power.

The so-called ‘strike price’ is being grappled over between government and EDF Energy, with industry sources recently telling ELN the talks are on a knife edge.

Much has been made about whether the strike price will be more than £100 per megawatt hour (MWh). But some say the Government is trying to make political capital by keeping the price capped under this price but actually locking the taxpayer into paying for longer.

Two new reactors will be built, supporting between 20,000 and 25,000 jobs during construction and 900 permanent jobs during operation.

Reactions to the approval which poured in ranged from the supplier’s triumph to environmental activists’ dismay over the risk of a nuclear disaster.

Ed Davey, Energy and Climate Change Secretary said the decision follows “rigorous examination” from the Planning Inspectorate and detailed analysis at his department: “It’s vital to get investment in new infrastructure to get the economy moving. Low carbon energy projects will bring major investment, supporting jobs and driving growth.”

Vincent de Rivaz the CEO of EDF UK said today was a cautious start: “This decision sets up a huge opportunity for this project to provide enormous benefits to the UK in jobs, skills, cutting carbon emissions and future energy security. We are ready to deliver and an extensive supply chain is standing by to begin work.

“To make this opportunity a reality, we need to reach agreement swiftly on the Contract for Difference for Hinkley Point C. It must offer a fair and balanced deal for consumers and investors. Intensive discussions with the Government are taking place and agreement is still possible.”

However campaigners were worried about the cost of nuclear power and criticised its “Alice-in-Wonderland economics”.

Friends of the Earth’s Policy and Campaigns Director Craig Bennett said: “The only way this plant will be built is if the Government hands over a blank cheque from UK taxpayers to French developers, EDF.”