SSE boss Ian Marchant yesterday warned of a “capacity crunch” in the next three years which the Government is “significantly underestimating.” The outgoing chief executive – who is stepping down […] 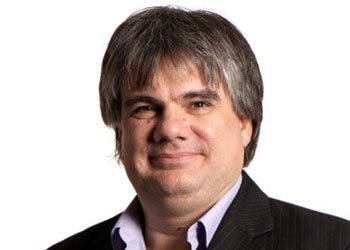 SSE boss Ian Marchant yesterday warned of a “capacity crunch” in the next three years which the Government is “significantly underestimating.”

The outgoing chief executive – who is stepping down after more than 10 years in the job this summer – made the comments after a review of the generator’s existing thermal power plants as well as its biomass plant at Slough.

Mr Marchant said: “There is a very real risk of the lights going out as a result. The Government can reduce this risk very easily, by taking swift action to provide much greater clarity on its electricity market reforms and bringing forward capacity payments for existing plant from 2018 to 2014.”

His comments follow similar alarm from the head of Ofgem Alistair Buchanan, who last month predicted a one in 12 chance of black outs within a few years.

Power stations around the UK are closing under EU law, the Large Combustion Plant Directive (LCPD) which limits the amount of emissions coal plants can make.

SSE says around 2,000MW of its existing thermal power capacity will be taken off during 2013-14, which affects power stations at Ferrybridge, Keadby, Slough Uskmouth and Peterhead.

Two units at coal plant Ferrybridge are closing because of the LCPD, which takes 1,000MW off the grid. Gas-fired Keadby plant is being “deep-mothballed” until gas power becomes more economically viable, which means it can be re-commissioned at a year’s notice.

A 120MW unit at Uskmouth plant will also close later this year and SSE is weighing up whether to stop generating there entirely from 2014.

Although some new gas projects are ‘shovel ready’ the firm says it expects to make no new investment in gas power plants in Great Britain until at least 2015.

In a statement the firm put this down to “economics” behind gas power stations remaining “very poor”. It said that spark spreads – the difference between the cost of gas (plus carbon) and the price of the electricity generated from it – are at “historic lows and even turning negative” on several occasions.

Paul Smith, Managing Director for Generation at SSE said: “We have made it clear that all of our power stations have to be able to operate economically over the medium term. The market conditions for some of our older generation plant have become increasingly difficult”.

However the Government suggested it had things under control. Energy Minister John Hayes said: “The amount of spare power available today is currently comfortable. As old infrastructure closes over the coming years, we expect this margin to reduce but we will make sure it stays manageable.”

He pointed to the capacity market – being set up in the Energy Bill legislation at the moment – which he said was the UK’s “insurance policy” to keep the lights on.