Plans to control the energy use of appliances in British homes have been criticised for being ‘Big Brother’-esque. The National Grid wants to be able to switch off new appliances […] 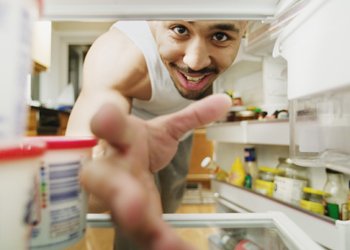 Plans to control the energy use of appliances in British homes have been criticised for being ‘Big Brother’-esque.

The National Grid wants to be able to switch off new appliances such as fridges and freezers remotely via sensors, to avoid power cuts if there is too much demand for the country’s electricity supplies.

The technology has been backed by the EU’s European Network of Transmission System Operators for Electricity (ENTSO-E).

Over the weekend Viktor Sundberg, energy strategy manager of appliance manufacturer Electrolux complained to several European news outlets that this is “Big Brother technology on a grand scale.”

A British privacy and civil liberties campaign group was also uneasy about the plans and said this kind of capability “shouldn’t be slipped into our homes in fridges”.

Nick Pickles, director of Big Brother Watch said: “Citizens are being kept in the dark about these plans in a way that smacks of energy operators taking all the benefits and consumers taking all the risk… the right way to pursue this is to incentivise consumers to participate, with a transparent process that people understand what will be recorded and when devices might be switched off.”

National Grid played down the concerns and suggested the matter had been blown out of proportion. The firm said in a statement: “The technology and the way it will be used will have no material impact on the operation of fridges and freezers switching will be for a few seconds and only occasionally – consumers produce will remain cool in their fridges and frozen in their freezers.”