Two new wind farms off the coast of Britain won the go-ahead from ministers today – and one of them will be the biggest offshore wind project in the world. […] 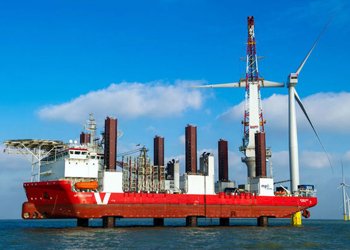 Two new wind farms off the coast of Britain won the go-ahead from ministers today – and one of them will be the biggest offshore wind project in the world.

Planning consent was granted for the giant £3.6 billion Triton Knoll wind farm and a grand total of 288 turbines off the Lincolnshire and Norfolk coast. Developers say the project will create 1,130 jobs and power to 820,000 homes.

Visiting the site of the second wind farm to get approval, the 76-turbine Pen y Cymoedd wind farm in South Wales, Energy Secretary Ed Davey claimed they were evidence of the nation’s pull factor for investment.

He said: “The investments by Triton Knoll Offshore Wind Farm Limited and Vattenfall are testament to the power of inward investment in the UK.

“These two projects will attract billions in investment into the UK, support hundreds of skilled green jobs in Lincolnshire, Norfolk and in the county boroughs of Neath Port Talbot and Rhondda Cynon Taf whilst providing homes with clean energy,” he added.

Last week Prime Minister David Cameron visited the London Array wind farm (pictured) to try and bolster his claims to be the “greenest Government ever”.

However yesterday a group of businesses including manufacturer Alstom – which hopes to play a key role in the UK’s wind turbine supply chain – called on the Government for more certainty about their plans for future spending on green energy.