Large businesses could be legally obliged to have an energy audit under new plans put forward by the Department of Energy and Climate Change (DECC) today. Businesses in the UK […] 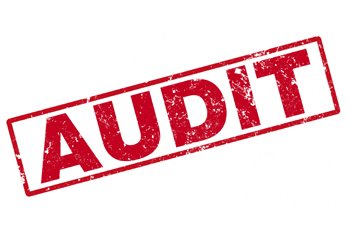 Large businesses could be legally obliged to have an energy audit under new plans put forward by the Department of Energy and Climate Change (DECC) today.

Businesses in the UK already face mandatory carbon reporting and now firms with 250 employees or more could also have to pick out ways to invest in energy efficiency as they will be included in the new Energy Savings Opportunity Scheme (ESOS).

This being developed as part of the UK’s implementation of the EU Energy Efficiency Directive. Organisations with fewer than 250 people will also have to take part if both their annual turnover exceeds EUR 50 million and annual balance sheet is more than EUR 43 million.

Public sector organisations are not covered by this new scheme as other parts of the EU Energy Efficiency Directive require public sector action on energy efficiency.

The Government believes firms could save £1.9 billion on energy bills, citing calculations that investing £15,000 a year in energy efficiency measures as recommended by an assessment could lead to bill savings of £56,400 per year.

However a British manufacturers’ organisation said ministers should be mindful of the efforts already being undertaken by major energy users.

Gareth Stace, Head of Climate and Environment at EEF said: “In the last 20 years, UK manufacturers have reduced their emissions by nearly 40%. As an industry we know the importance of energy efficiency in maintaining the competitiveness of UK manufacturing.”

A “one-size- fits-all” won’t work and only increase the bundles of red tape cluttering the sector, he added: “Any final proposals must take into account the significant differences between targeted sectors, that is commercial, industry and energy intensive sectors.”

The Government’s consultation on the plans is open until 3 October to firms who want to have their say.