The Coalition is a “Monty Python government” Energy Secretary Ed Davey claimed yesterday – but not because of Prime Minister David Cameron’s silly walks. Referring to the legendary British comedy […] 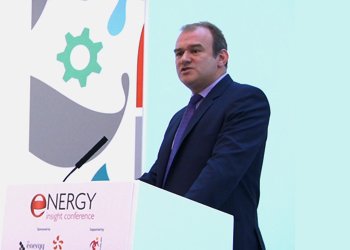 The Coalition is a “Monty Python government” Energy Secretary Ed Davey claimed yesterday – but not because of Prime Minister David Cameron’s silly walks.

He told the audience about a trial project the retailer John Lewis is running where it labels washing machines and tumble dryers on sale in store with the lifelong costs of electricity.

The Lib Dem MP declared: “We are a Monty Python government because we believe in ‘nudge nudge’ policies.”

He went on: “Through a non-regulatory approach, we believe we can drive more energy efficiency so peoples’ bills again can go down. I’d like to see more of that type of policy.”

Mr Davey acknowledged that for businesses “affordability” of energy isn’t easy: “Business is a real challenge. If you look at our bills and prices report, we are paying higher bills as a result of our policies at the moment. Particularly energy intensive industries and this worries me, it should worry everyone because we do not want to make our industry and our economy uncompetitive.”

The Government has been taking measures on this such as the £250million package to counter the indirect cost of the EU Emissions Trading System and carbon price floor, he added: “I’m not sure this is always reported as much as I would like but we’ve been taking measures, not just for energy intensives but for large companies and small”.

He added it is “mad, frankly, to overburden” energy intensive industries with green taxes because of the “carbon leakage” if they were to move their business out of the UK.