The prices of shares in Britain’s biggest energy suppliers have plummeted following Ed Miliband’s promise to freeze energy prices until 2017 if Labour comes to power. The party said the […] 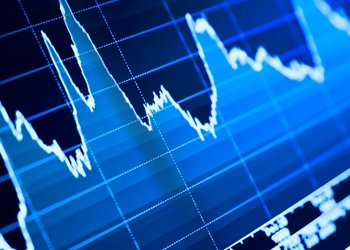 The prices of shares in Britain’s biggest energy suppliers have plummeted following Ed Miliband’s promise to freeze energy prices until 2017 if Labour comes to power. The party said the measure would cost energy suppliers £4.5 billion.

Shares in British Gas owner Centrica were trading at around 398p on the London Stock Exchange as the Labour leader made his speech at the party’s annual conference in Brighton. But by the end of yesterday they were down to 375p and were trading at around 368p at the time of writing. It means roughly £1.5 billion has been wiped from the value of the company since the announcement.

SSE is now worth approximately £1.1 billion less than when Mr Miliband laid out his plans for price controls. Shares were trading for 1577p at the time but as the markets closed yesterday they were going for roughly 1489p and are currently selling for around 1461p.

Certainly not all of this can be attributed to the speech. A decent chunk of the drop in Centrica’s price was down to the Wednesday cut-off point for shareholders to be entitled to the latest dividend payment worth just under 5p a share.

However, Peter Atherton, a utilities analyst at Liberium Capital has been quoted as saying: “The market will now be pricing shares in Centrica and SSE on the basis of Labour’s standing in the opinion polls. If it looks like Mr Miliband is heading for victory, the shares will suffer.

“This move raises all sorts of questions for investors in the energy sector all of them negative.”

The price freeze was described as “economic vandalism” by Neil Woodford, the Head of Equities at Invesco Perpetual – Centrica’s largest shareholder – who is reported as saying: “Here we have a serious politician, standing up and saying what he said which I think at a stroke torpedoed any chance that any of that investment will happen between now and the next election.

“If Centrica and SSE cannot make any money supplying electricity to the retail market then they won’t supply it. The lights will go off, the economy will shut down.

“[This policy] is economic vandalism at a time when this country needs all the help it can get.”

Responding to the controversy Mr Miliband appeared to soften his stance, admitting he would be flexible if global energy prices shot up: “Of course if there was a major shock companies could make their case but I’m pretty clear this freeze is going to happen.”

However, following warnings from energy bosses there would be blackouts if a price freeze came into effect, he attacked the suppliers saying: “They’re pretty unreliable witnesses because these are people who are overcharging people. Of course, they’re going to say when someone calls time on it that they’re not very happy.”

Yesterday, the former Energy Secretary vowed to “take action” to make sure the price freeze sticks.