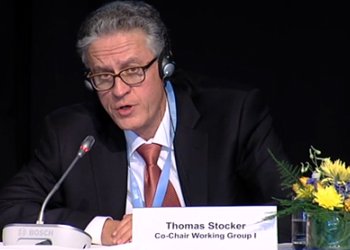 There has been “unequivocal” warming of the Earth’s climate according to a new report from an influential UN research body which finds it is “extremely likely” that humans have been the dominant cause of observed global warming since the mid-20th century.

Today the Intergovernmental Panel on Climate Change (IPCC) published its latest report on climate science – the first of three volumes of its fifth Assessment Report.

It finds each of the last three decades has been successively warmer at the Earth’s surface than any preceding decade since 1850, with the warmest 30 years since 600 A.D.

Qin Dahe, Co-Chair of one of the IPCC’s Working Groups, the group of scientists which is behind the report said: “Observations of changes in the climate system are based on multiple lines of independent evidence. Our assessment of the science finds that the atmosphere and ocean have warmed, the amount of snow and ice has diminished, the global mean sea level has risen and the concentrations of greenhouse gases have increased.”

Since 1950 many changes have been observed throughout the climate system that are “unprecedented” over decades to millennia, finds the report.

Some sceptics of anthropogenic or man’s influence on climate change have touted a recent slowing of warming over the past 15 years. The IPCC puts this down to fluctuations in natural cycles such as the El Niño/La Niña phenomena in the Pacific Ocean and a cooling effect from volcanic eruptions and reduced solar activity. It says these are short-term trends which don’t in general reflect long-term trends. Temperature variations have been seen at several periods since 1901 but the overall trend remains upwards.

Thomas Stocker (pictured), Co-Chair of the Working Group said: “As a result of our past, present and expected future emissions of CO2, we are committed to climate change and effects will persist for many centuries even if emissions of CO2 stop.”

The report finds that if greenhouse gas emissions are reduced significantly, the rise in global average surface temperature could be limited to between 0.9°C and 2.3°C above pre-industrial levels, and sea level rise to 30-50 cm relative to 1986-2005, towards the end of this century. However, with no action there is a 62% chance that by 2081-2100 the temperature could be more than 4°C higher than in pre-industrial times while sea level rise is likely to be between 40 and 80 cm relative to 1986-2005.