UK and China agree to work on offshore wind

The UK has signed an agreement to work more closely on offshore wind power with China. The Memorandum of Understanding (MoU) is the first of its kind the Asian nation […] 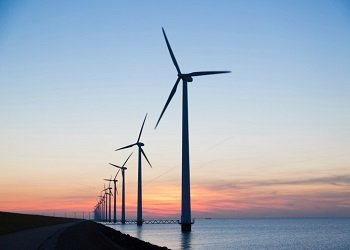 The UK has signed an agreement to work more closely on offshore wind power with China.

The Memorandum of Understanding (MoU) is the first of its kind the Asian nation has signed with another country.

It is expected to remove the technological and market barriers for both countries to accelerate wind power development and unleash investment potential for industries.

The pair of nations agreed to co-operate more closely in their policy development, training and increase access to the markets in the two nations.

China is currently the world’s third largest offshore wind power installer after the UK and Denmark but its target to increase offshore wind capacity to 30GW by 2020 is set to make it the largest global offshore wind market.

Energy Secretary Ed Davey said: “The UK has more offshore wind installed than the rest of the world combined and we have ambitious plans for the future. Together with China, who plans to develop 30GW of offshore wind by 2020, we want to make Offshore Wind a competitive low carbon energy choice. Our strengthened cooperation will bring significant commercial and environmental benefits for both countries.”

The agreement is built upon the bilateral ‘Energy Dialogue’ initiated in 2010 where both countries identified offshore wind as a priority area. The two nations already do joint work supporting the development of carbon markets in China, China’s low carbon pilot cities and research in renewable technologies.