The UK’s tax on carbon could add 10% to energy bills, analysts at investment bank Macquarie believe. In an equities research report, they suggest that from an “environmental, economic and […] 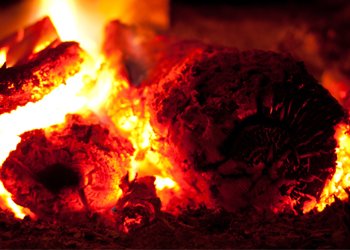 The UK’s tax on carbon could add 10% to energy bills, analysts at investment bank Macquarie believe.

In an equities research report, they suggest that from an “environmental, economic and taxation point of view” it is “counterproductive” and “therefore unsustainable”.

The carbon price support is effectively a tax levied by the Treasury on fossil fuels. Announced in the 2011 Budget, the price floor kicked in from 1 April 2013 and it puts a price on the emissions of large firms’ energy use.

The bank report suggests the mechanism has “hardly affected” the UK power market at present but this could change in the next six years.

It states: “The carbon price support mechanism… will increasingly affect market behaviour by 2020. We see a £15-20/MWh difference between power prices with and without this floor – which is c.10% of the retail bill.”

The report goes on: “We see the arbitrage between German and UK power prices rising to neatly £40/MWh by 2020. This means a new interconnector could have a ROIC (return on investment capital) of c.20% and a 4-year payback. This means that high carbon emitting European generation could eventually supplant lower emitting UK plant.”

However the Treasury disagreed the cost would go up 10%, pointing to DECC figures which put the price at an extra 7%.

An HM Treasury spokesperson said: “Households in the UK pay the third lowest electricity prices in the EU 15: the UK currently has the lowest rate of VAT on residential energy of all the EU 15, and the total amount paid towards VAT and the cost of energy and climate change policies per unit of residential electricity is among the lowest in the EU 15.”

Earlier this year ELN reported E.ON’s chief executive Dr Tony Cocker’s criticism of the carbon price floor as effectively a ‘poll tax’ on consumers. Some companies have grumbled it makes British energy prices too expensive for them.