Chancellor ‘should focus on prices’ to keep Britain competitive

The Chancellor should focus on the cost of energy in his Autumn statement to safeguard the competitiveness of British businesses, according to CBI Director-General, John Cridland. In an open letter […] 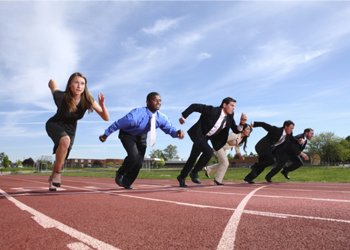 The Chancellor should focus on the cost of energy in his Autumn statement to safeguard the competitiveness of British businesses, according to CBI Director-General, John Cridland.

In an open letter to George Osborne published today he said rising prices risked putting the UK at a disadvantage, particularly “following the implementation this year of the Carbon Price Floor (CPF)”.

Mr Cridland said a compensation package for energy intensive industry – which has been extended to 2015/16 – should be guaranteed for the entire length of the policy – rising over time to reflect the gradually increasing carbon price.

He also called for the fuel used in Combined Heat and Power to be exempted from the scheme as it provided: “An important opportunity for some large energy users to improve their efficiency and cost-competitiveness.”

He added: “There remains a question mark over how sustainable the CPF is over the longer-term.”

The CBI head lobbied for changes to the Energy Companies Obligation (ECO) as well. He said costs could be cut by improving data sharing to identify those eligible and by making the scheme more flexible.

He added: “The government should extend the scheme from 2015 to 2017 to give those delivering the policy – both the energy companies and the supply chain – greater certainty.”

Mr Cridland said if the Government did decide to remove the ECO levy from energy bills and pay for it out of the public purse, it should be “funded through further efficiency savings from public spending”.