World has “homework” to do after Warsaw climate talks

The world’s ministers must go back to their own nations and crack on with “homework” after climate talks in Warsaw (pictured), according to UK Energy Secretary Ed Davey. The aim […] 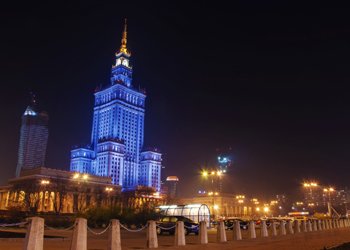 Warsaw, one of the cities involved. Image: Thinkstock

The world’s ministers must go back to their own nations and crack on with “homework” after climate talks in Warsaw (pictured), according to UK Energy Secretary Ed Davey.

The aim of the meeting is to get all countries to agree on targets for cutting emissions to cap climate change.

Admitting there are “many tough talks” ahead, Mr Davey said: “The world now has a work programme, with timetables.

“From a new rulebook and finance to strengthen our work to tackle deforestation around the world to a vital new package on measuring, reporting and verifying emissions, this was a conference that dealt with the nuts and bolts for the global agreement we believe is possible in 2015.”

Marcin Korolec, President of the COP19 was positive about the end result: “Warsaw has set a pathway for governments to work on a draft text of a new universal climate agreement so it appears on the table at the next UN Climate change conference in Peru. This is an essential step to reach a final agreement in Paris, in 2015.”

One outcome was the Warsaw Framework for REDD+, the Reducing Emissions from Deforestation and forest Degradation programme, meant to help developing countries stop deforestation and so cut greenhouse gas emissions, with $280 million (£173m) from the US, Norway and the UK.

Another decision was to start an international mechanism to give most vulnerable populations with better protection against losses caused by extreme weather events and rising sea levels.

However a group of prominent NGOs stormed out of the summit before it closed, incensed by what they described as a “lack of progress”.