80,000 still without power after storms

There are still around 80,000 people without power this morning as yet another wave of nasty weather hit the UK last night. The Met Office had issued multiple red alerts […] 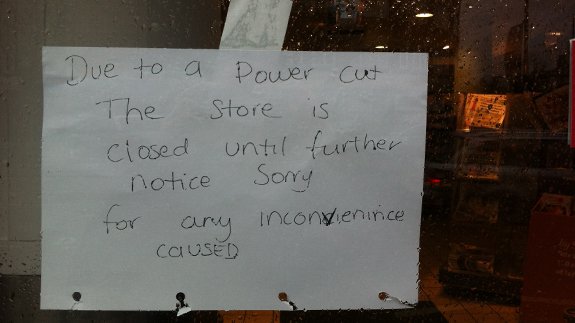 There are still around 80,000 people without power this morning as yet another wave of nasty weather hit the UK last night.

The Met Office had issued multiple red alerts for gale force winds yesterday and several motorways were closed or had severe delays including the M2.

This morning the Highways Agency announced the M60 Barton Bridge is closed after an incident in gales.

National Grid has advised that power cuts should be reported to the regional power distributor. To find your distributor check their website here.

UK Power Networks currently has roughly thirty power cut incidents across its patch which covers London, Kent, Surrey, Sussex, Essex and Hertfordshire. According to its site most of these are due to get power back between 10am and 1pm.

SSE Power Distribution is dealing with incidents at two Scottish zones and eight in Hampshire after power cuts late last night and this morning, including some near Oxford and Eton and Windsor.

Electricity North West said it was dealing with several incidents across its region. It has a warning pop up on its site as it is “currently experiencing high call volumes due to the severe weather”.

The network firm has cancelled all planned work and has extra engineers on standby to deal with any faults.

Northern Power Grid said winds of between 60 and 70 miles an hour were recorded in Yorkshire and the North East overnight, impacting the overhead line network. This morning it announced power was restored to the majority of customers.

It will carry out inspections of the overhead line network today, including by helicopter.