Europe could end up competing with Asia for liquefied natural gas (LNG) if there was a disruption to Russian gas supplies through Ukraine. That’s according to new analysis comparing a […] 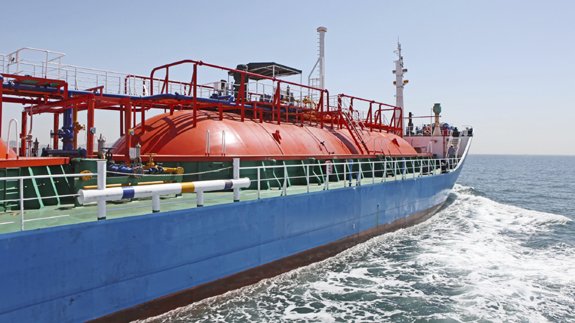 Europe could end up competing with Asia for liquefied natural gas (LNG) if there was a disruption to Russian gas supplies through Ukraine.

That’s according to new analysis comparing a potential disruption of two months in spring 2014 and a six month blockage during winter 2014/15.

Europe imported 155 billion cubic metres (bcm) of gas from Russia in 2013, some 30% of its overall gas demand, according to Wood Mackenzie estimates.

Ukraine is the key transit route for Russian gas to Europe, with 50% (82 bcm) moved through Ukraine in 2013.

Tensions between Ukraine and Russia ramped up over the weekend with the arrival of Russian troops in Crimea, to secure its entrance into the Russian Federation.

The tensions prompted fears for European gas supplies and last week EU leaders promised to work as a “team” for energy security.

Europe may need to use more LNG, a natural gas in a liquid form which is often shipped in cargo vessels, to avoid the need for gas coming via pipelines through Ukraine.

Stephen O’Rourke, Senior Global Gas Analyst for Wood Mackenzie said: “Central and Eastern Europe will be most affected by a Ukraine transit disruption, as eastward-flowing pipeline capacity would be insufficient to meet gas demand in Eastern Europe. The region will have to draw upon strategic storage volumes and some demand will not be fully met.”

Noel Tomnay, the firm’s Head of Global Gas Research added: “A tighter LNG market would place upward pressure on global LNG prices, including those in Asia. And Southern European markets would need to compete with Asia and Latin America for these additional LNG cargoes.

“This would push spot prices in some Southern European markets higher – to levels equivalent to Asia, allowing for shipping differentials.”

However the analysts suggest the effects of a gas blockage would be limited by “robust” European storage over the winter.