Fracking? Not under my backyard finds UK poll

You’ve probably heard of the “not in my back yard” brigade – aka the “nimbys” – but new law changes could create a whole new set of “numbys”. That’s after […] 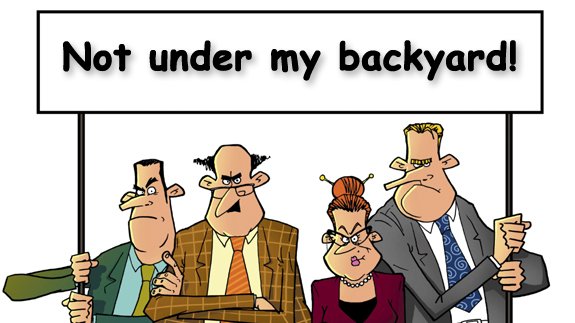 You’ve probably heard of the “not in my back yard” brigade – aka the “nimbys” – but new law changes could create a whole new set of “numbys”.

That’s after voters gave the thumbs down to plans to let companies frack for gas under their homes without permission in a new poll.

Nearly three quarters of Tory (73%) and Lib Dem (70%) potential voters thought energy companies should have to get permission from owners or residents before drilling for gas under their homes or land.

In the YouGov survey published yesterday, only 13% of respondents said energy firms should not be required to have this consent.

The results are a potential headache for the Coalition, as ministers are reportedly planning to slip the policy into the new Infrastructure Bill. This is expected to be announced in the Queen’s Speech.

The survey also showed 80% of Labour and 77% of Ukip potential voters are opposed to the policy.

John Sauven, Executive Director of Greenpeace UK which commissioned the poll said: “There’s nothing fair or just about this underhand ploy to strip people of their legal right to say no to fracking under their homes.”

Homeowners Alliance Chief Executive Paula Higgins added: “It’s outrageous that homeowners don’t have a say over who uses and profits from their land. Our homes are our most valuable asset and the Government shouldn’t be allowed to ride roughshod over people from all corners of the country without any discussion or consultation and only a hint of compensation.”

In a letter to the Prime Minister, the heads of the Homeowners Alliance, RSPB, Wildlife Trusts, Friends of the Earth, Greenpeace, the Angling Trust, and the Salmon and Trout Association, warned the rush to change property rights will “further erode public trust in the government’s approach to fracking”.