Energy Minister Michael Fallon yesterday claimed the UK’s North Sea is still attractive to the oil and gas industry, pointing to “extraordinary” interest in new exploration licences. The latest round […] 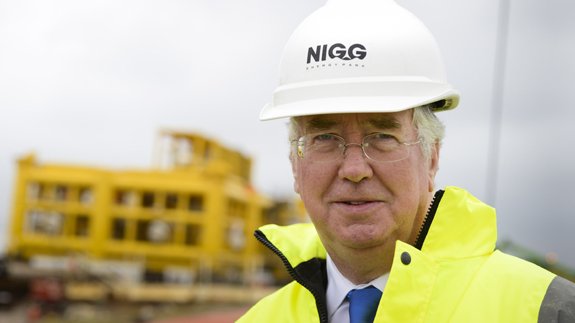 The latest round of bids to hunt for oil and gas offshore had 173 applications for around 370 blocks, by the time it closed on Friday 25 April.

Energy Minister Michael Fallon who recently visited Scotland’s oil and gas heartlands including the Nigg energy park (pictured) said: “It’s 50 years since North Sea licensing began and there remains an extraordinary level of interest which is excellent news for industry and for the UK economy.

“Making the most of Britain’s home grown energy is crucial to keep job and business opportunities, get the best deal for customers and reduce our reliance on foreign imports.”

Despite his positive comments, there wasn’t as much demand as the last round in May 2012, when around 50 more applications (224) were made – but there were also more blocks on offer.

As many as 418 were put up for grabs two years ago, by far the most ever made available in the history of licensing rounds. In the end only 330 of these licences were awarded.

The slight fall in demand comes as analysts noted a drop in confidence about the world’s economy from senior oil and gas execs.