US power firm Peabody Energy has been ticked off for running a “misleading” advert which included the phrase “clean coal”. Yesterday the Advertising Standards Agency (ASA) upheld a complaint about […] 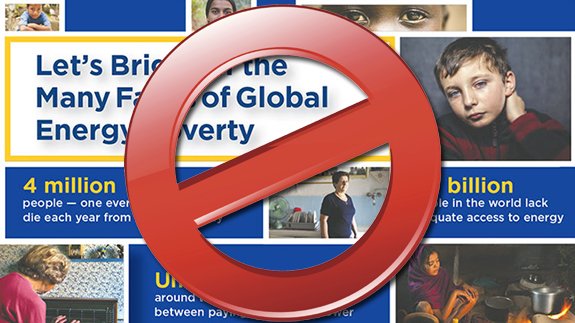 US power firm Peabody Energy has been ticked off for running a “misleading” advert which included the phrase “clean coal”.

The phrase was used in a long chunk of text in an advert which began, “Let’s Brighten the Many Faces of Global Energy Poverty”.

The WWF argued “the term ‘clean coal’ was misleading and implied that the advertiser’s impact on the environment was less damaging than was actually the case,” according to the ASA.

Peabody had stated the ad was “accurate and not misleading” because it was “clear” the “clean coal” would be used to “improve emissions, not eliminate them”.

The ASA ruling concluded that without more information, consumers were likely to interpret the word “clean” as an “absolute claim meaning that “clean coal” processes did not produce CO2 or other emissions”.

The advert must not appear in its current form.

ELN has contacted Peabody Energy for a response.