For all its talk of breaking away from Russian gas the European Union has “little chance” of cutting its reliance, reckons the ratings agency Fitch. The analysis suggests EU bigwigs’ […] 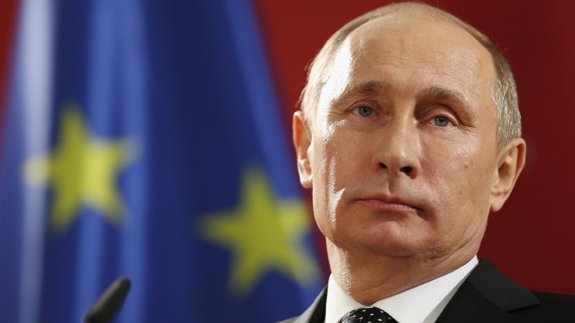 For all its talk of breaking away from Russian gas the European Union has “little chance” of cutting its reliance, reckons the ratings agency Fitch.

Europe may be able to avoid significantly increasing its gas purchases from Russia “at best”, according to a Fitch report this week, because these would mean taking an axe to gas use or majorly upping alternative energy sources.

“Neither” appears likely as the recovering European economy will push up energy consumption in the coming years estimates the agency.

It also believes European demand for natural gas will grow slightly until the mid-2020s, adding that shale gas is in its “infancy” and won’t be available to help soon.

Switching focus to coal or nuclear power won’t wean Europe off Putin’s products, as Russia supplies 26% of the EU’s hard coal and is the only supplier of fuel rods to several EU countries, argues the report.

Getting gas from other places won’t cover all of Europe’s needs either, it suggests, identifying the Trans Anatolian gas pipeline as the “only viable non-Russian pipeline” for a potential 31 billion cubic metres of gas a year by 2026. Fitch says: “That is not enough to cover the incremental increase in gas demand”.

Growing sources of LNG – meaning gas cargoes shipped in rather than piped to Europe – are tied up in long-term supply contracts with spare shipments “unlikely to be large enough to gain market share”.