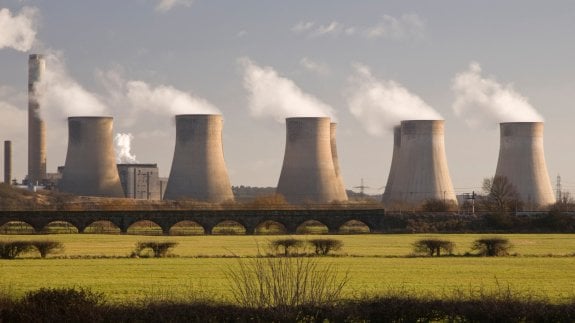 Ratcliffe on Soar coal plant is currently closed but could reopen and get cash via the capacity auction. Image: Thinkstock

They claimed this would “crowd out opportunities for new gas power stations to be built” and discourage new demand-side response.

Four operating coal plants are potentially going to hoover up cash in the capacity auction. The campaign group said in its briefing that “ironically” these would probably all be shut by the 2020s without DECC’s capacity auction.

Sandbag campaigners claimed if they all get in via the capacity market this “could result in a £2.6 billion windfall for EDF” at the expense of the taxpayer.

Boss of E.ON UK, Tony Cocker said his firm has been “clear” it would seek a maximum three year agreement for Ratcliffe-on-Soar coal plant which is converting to be more efficient.

He cited Ratcliffe’s “key role in keeping the lights on as the UK’s generation sector transitions to lower carbon technologies.”

EDF pointed to a government decision the auctions would be “technology neutral” with the intention of getting “the best possible price for customers”.

In a statement the generator added: “The high level of investment in our existing coal and nuclear power stations results in their eligibility for capacity agreements of up to three years.”

Responding to Baroness Worthington’s fear coal could sweep out low carbon gas, DECC said the capacity market was “not expected to change the general picture we see of a move away from coal”.