The summer holidays are long forgotten, a new government has settled into its immediate tasks and the energy sector is facing a lot of challenges – some new but most […] 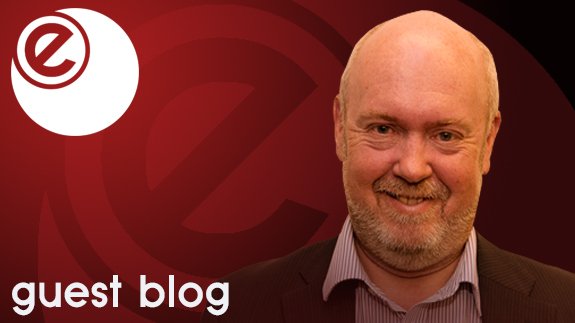 The summer holidays are long forgotten, a new government has settled into its immediate tasks and the energy sector is facing a lot of challenges – some new but most long running.

Let’s have a pan around some of the key issues and the impact they’re having.

A well-intentioned piece of regulation which, depending on who and what you believe, will prove to be massively and potentially expensive, short of compliance for many at the imminent deadline in December. A long awaited statement from the Environment Agency on how they will apply penalties is still long awaited and will probably be issued too late to have any impact.

If organisations take ESOS seriously, as the responsible ones are, major benefits await if implementation of opportunities follow.

DECC last week launched yet another of those consultations which leave the respondent wondering how on earth they’ll set about filtering replies to come up with a coherent taxation & incentivisation strategy. Anyone and everyone has the right to contribute leaving little hope of a set of simple solutions.

How does DECC go about weighing everyone’s views? Inevitably uncertainty means a vacuum of interest in investment and stifles progress on the journey to energy efficiency – speed is of the essence when it concerns energy, every day is a lost opportunity.

A case of a considered JFDI if ever there was one but let’s keep it simple.

Tories: Well at least they are going to the lengths of consulting with stakeholders on what they may want to see – provided the Treasury expectations are met. Also factors in there, somewhere, that subsidies have to be funded ultimately by the long-suffering taxpayer.

How long it takes to digest and strategise the findings will likely determine the longer term agenda – but when will this be? Before 2020 would be nice.

On a scale of 1 to 10 it seems energy is positioned in the bottom quartile, just behind the potential fallout from removing school dinners from school kids.

Labour: If one of their key policies is to nationalise the Big Six it’s probably time, as many energy intensive companies are surely thinking, to relocate somewhere else in the world.

Little prospect of forming a government in the near future but who knows? Anyone back Japan against South Africa?

Liberal Democrats: Ed Davey was a very knowledgeable and potentially very effective Energy Secretary but fell foul of the total inability of the Lib Dems to convince the public of their wider abilities and paid the price.

The Green Party: Whilst everyone with a vested interest in subsidies/incentives seems to agree with everything they say, no one else (who would end up paying for their energy plans) does. A bit like your local Parish Council trying to run the country.

UKIP: Not particularly interested in energy matters but their core argument, leaving the EU, may ultimately have more impact on UK energy policy than any of the above (by accident).

Scottish Nationalists: On energy they have a vision and they’ve gone for it. The success of renewable energy generation in Scotland is a great credit but the arguments over how subsidies are funded are surely not yet over.

Energy risks: Many will be lulled into a false sense of security in the current situation. Remember 2008’s price hikes? Unfortunately industry and commerce are even less prepared for that situation and haven’t made the necessary progress in risk planning to prevent potentially severe damage.

Energy people: There still aren’t enough professionally qualified people in the industry to meet the demands of regulation and commercial efficiency. Professional training is an absolute essential, along with support from academic bodies, to ensure an accelerated uplift in the coming years.

As always the industry is full of people with opinions and views. Much understandable angst has been apparent in areas of the sector threatened by job losses with the advent of a Tory Government and many negative views have been expressed. Let’s all hope that the current review is swift, pragmatic and convincing. Pigs can’t fly, honestly!

Surely it is for everyone with an interest in the wider industry to convince government on a way forward which fits available resources and view the present as a time of massive opportunity ahead of potentially exponential price hikes rather than a time of perceived negative change and subsidies lost?