Old tyres could get back on the road as biofuel

Recycled tyres can be converted into oil and used as a source of biofuel. According to Tim Rose, Managing Director of Southern Oil, old tyres are a preferable source of […] 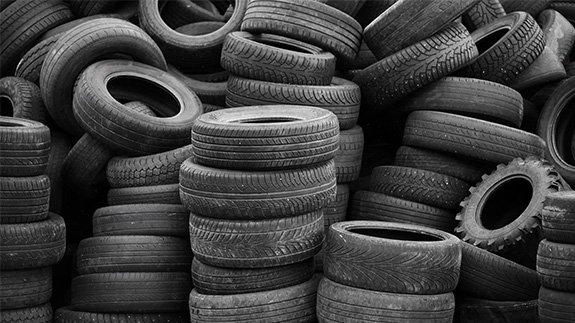 Recycled tyres can be converted into oil and used as a source of biofuel.

According to Tim Rose, Managing Director of Southern Oil, old tyres are a preferable source of bio-oil feedstock compared to traditional biofuels from plants.

He adds that is because they are in plentiful supply all year round, can be refined very easily, would reduce dependence on imported fuel and the process turns an environmental waste problem into a valuable raw material.

Mr Rose said: “The first ‘trickle’ of oil is now being provided to us by the Green Distillation Technologies tyre recycling plant.

“We have found that the oil they are providing is quite easy to convert to diesel fuel as the main refining step we have to make is the removal of the sulphur. In time it could become a suitable feedstock for automotive petrol and even jet fuel.”

The question as to whether biofuels are the way forward is under debate – recent research suggested that some biofuels may be worse for the environment than petrol.