The UK Government must address decarbonising heat “urgently” as it has not yet been tackled effectively. That’s according to trade body Energy UK, which has set out the industry’s vision […] 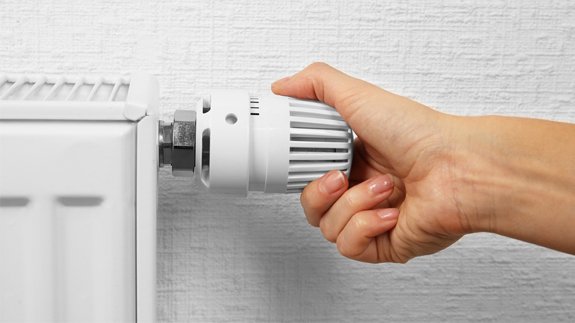 The UK Government must address decarbonising heat “urgently” as it has not yet been tackled effectively.

That’s according to trade body Energy UK, which has set out the industry’s vision and provided recommendations that government should consider as a minimum necessary to set the country on track to deliver its fifth carbon budget.

It identifies heat as the biggest challenge for decarbonisation at a large scale and one that needs “clear direction” from government.

It suggests funding pilot schemes and research to identify “regret routes” to decarbonising heat and understanding each technology’s pros and cons for the different types of buildings.

It states government should engage with local authorities now on the challenge of decarbonising heat as they will have a vital role to play.

Energy UK also believes the decarbonisation of heat is “likely to require” carbon capture and storage (CCS) if hydrogen emerges as a viable option and is calling for a “clear indication” of government’s views on CCS.

It adds failure to deliver on the recommendations could lead to carbon reduction targets not being met and higher decarbonisation costs in other sectors as heat is not sufficiently decarbonised.

The trade body is urging the government to recognise energy efficiency as a national priority and believes it needs to be seen as a desirable product for customers, to ensure comfort levels in houses are maintained and pressure reduced on energy bills.

Its new report adds capital investment should be released to help increase Energy Performance Certificate (EPC) ratings in all buildings as part of an infrastructure programme. It suggests if subsidies are required to help support the delivery of energy efficiency initiatives, they should be funded via general taxation “to avoid disproportionate costs levied on the fuel poor”.

It is calling on the government to develop standards and policies for smart appliances now to ensure they are readily available for customers to buy as smart meters are rolled out and empower local authorities that are keen to have energy efficient buildings to reduce costs.

The trade body is calling for a “stable and predictable” policy environment to support the transition to a low carbon power sector.

It believes the removal of a route to market for Pot 1 established technologies, such as onshore wind, is one of the biggest barriers in the industry.

The report states carbon pricing has an important role to play in decarbonising the power sector and is urging the government to set out further narrative to provide visibility and certainty to investors and industry.

It says government must ensure the network charging regime is fit for purpose and must support the move to “an economic and efficient” electricity charging regime with a level playing field for transmission and distribution connected generation as well as demand.

The report recommends improving the understanding of the impact of electric vehicles charging and clustering on local networks and how they might impact power demand at peak times.

It says the use of electric vehicles and the rollout of smart charging to support a more flexible energy system to reduce the impact on local distribution networks must be supported.

The trade body also believes government must ensure the regulatory framework allows for the implementation of price signals to be used to guide EV owners towards charging their vehicles at off peak times to avoid stress on the system.

It suggests ensuring customers of all sizes are engaged, involved and active “to promote a responsive demand that will optimise the system overall”.

Energy UK Chief Executive Lawrence Slade said: “Our new report highlights the need for a long term, certain and holistic policy framework that will ensure the UK meets its carbon targets at the least cost to consumers.

“The industry believes that energy efficiency should be a national priority to make the transition to a low carbon economy more affordable for both consumers and businesses. To tackle climate change, we need to have an honest debate about benefits and costs. All sectors including heat and transport need to work together and play their part in the same way the energy industry has done for decades.”