Electric vehicles (EVs) could potentially increase peak demand for electricity by 3.5GW by 2030. That’s according to National Grid, which forecasts in the long term, they could fuel demand by […] 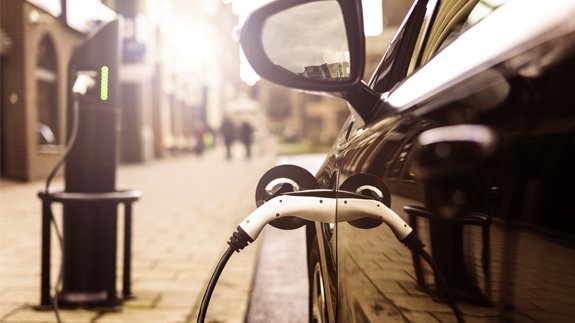 Electric vehicles (EVs) could potentially increase peak demand for electricity by 3.5GW by 2030.

That’s according to National Grid, which forecasts in the long term, they could fuel demand by as much as 18GW – the equivalent capacity of nearly six Hinkley Point nuclear power stations – during peak times by 2050.

Its analysis forecasts a “dramatic rise” in EVs, with sales expected to be more than 90% of all cars by 2050.

Demand for electricity is set to be driven initially by EVs but later on by heat demand as the pace picks up to decarbonise heat.

However, the ‘Future Energy Scenarios’ report suggests 18GW of additional demand during peak times – a total of 85GW compared to around 60GW today – would be the most extreme scenario without smart charging.

In a world where environmental sustainability is a top priority, shared driverless vehicles could potentially make up 50% of EVs. With high consumer engagement, vehicle sharing and off peak charging patterns, demand is forecast to rise by 6GW by 2050.

The total amount of renewable generating capacity is forecast to increase by as much as 60% during the same period, with distributed generation reaching 93GW.

Electricity storage capacity could grow rapidly to almost 6GW by the end of the decade and National Grid stresses the need for the decarbonisation of heat in order to meet the nation’s 2050 carbon reduction target.

Marcus Stewart, Head of Energy Insights at National Grid said: “The scenarios are not predictions but they aim to be a catalyst for debate, decision making and change and provide transparency to the wider industry.

“This new era of network operation is exciting and manageable but it’s important there is investment in smart technologies and electricity infrastructure and a co-ordinated approach across the whole electricity system.”

New nuclear power stations are assumed to be built in all the scenarios and the capacity of interconnectors is forecast to rise from 4GW currently to between 10GW and 19GW by 2030.

In one of the scenarios, fracking for shale gas is projected to provide 32 billion cubic metres by 2031, however in two of the greener scenarios, it is forecast to produce no gas.

Regardless, National Grid sees gas playing a key role in electricity and heating in the long term as  “flexible, reliable and cost-effective energy source favoured by many consumers”.