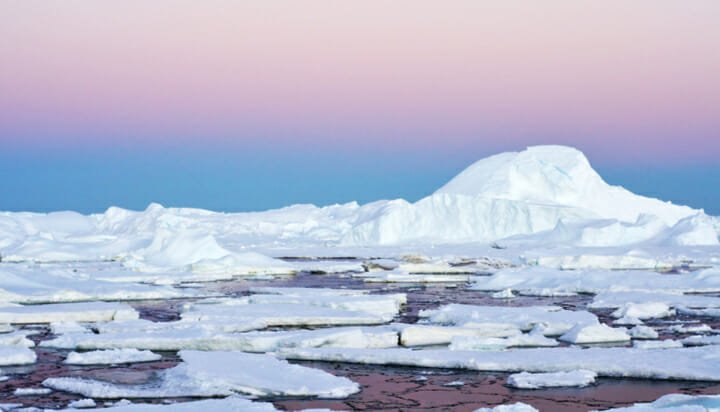 Antarctic warming of just 2°C could melt the largest ice sheet in the world.

That’s the verdict from scientists at Imperial College London, who suggest the East Antarctic Ice Sheet (EAIS), often referred to as the ‘sleeping giant’, has previously melted and retreated during extended warmer periods in the past.

Using data about how it has grown and shrunk as temperatures have fluctuated, an international research team, led by Dr David Wilson during his previous tenure at Imperial College London, suggest it could contribute to rising sea levels once again.

The ‘sleeping giant’, which is currently around 60-times the size of the UK, contains around half of Earth’s freshwater – researchers say 2°C warming in the region over a sustained period would lead to melting in parts of the EAIS that lie below sea level.

For example, if all the ice in the Wilkes Subglacial Basin, one of three major low-lying areas, were to melt, global sea levels would be expected to rise by around four metres, posing a significant threat to human life in many countries.