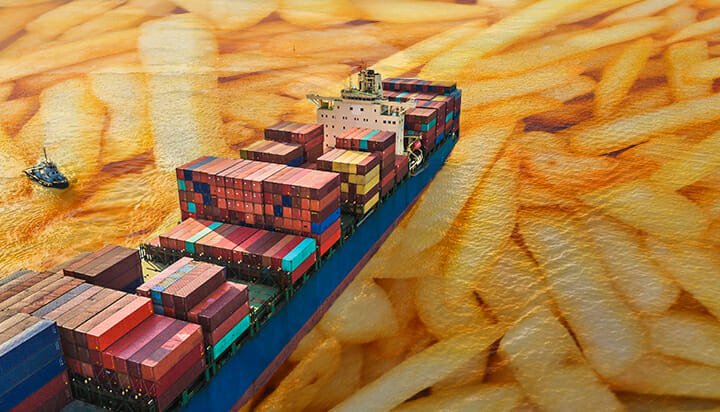 Chip fat and other vegetable oils could soon be used to replace the polluting fuels used to power cargo ships.

That’s according to low carbon sea freight programme GoodShipping, which has supplied a small container ship called the Samskip Endeavor with 22,000 litres of biodiesel made from old cooking oils.

When burned, this hydro-treated vegetable oil produces much less carbon dioxide, sulphur dioxide and particulates than traditional heavy fuels – the single voyage saved more than 40 tonnes of carbon dioxide emissions and significantly reduced the amount of sulfur and particulate matter released into the atmosphere.

The group claims the chip fat-based fuel can be used to help companies that rely on freight ships to slash their supply chains’ carbon footprints.

The global shipping industry is as big a contributor to greenhouse gas emissions as the aviation sector – new regulations mean it will soon have to reduce its toxic sulphur dioxide emissions.

The sector is currently responsible for creating around 3% of global emissions, producing more than 900 million tonnes of harmful carbon dioxide fumes each year.