‘Nearly all humans polluted with plastic’ 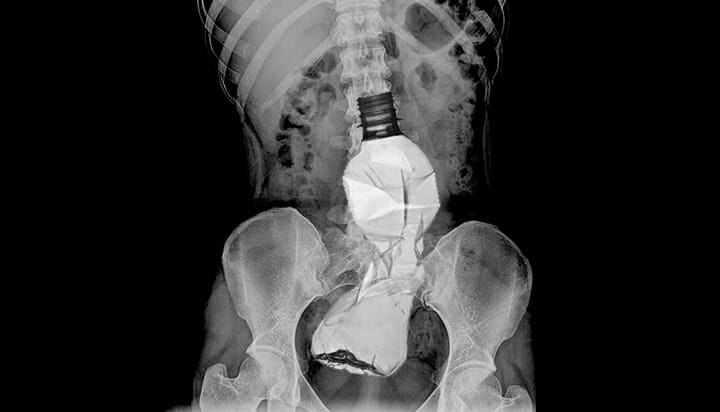 Nearly all human bodies are polluted with plastic particles.

That’s according to a study from Environment Agency Austria and the Medical University of Vienna, which recruited eight participants from the UK, Finland, Italy, the Netherlands, Poland, Russia and Austria.

The results of the experiment showed faeces from all subjects contained traces of plastic, the most common types being polypropylene and polyethylene terephthalate.

Researchers suggested these particles originated from plastic-wrapped food, drinking from plastic bottles and eating fish and other sea animals – significant amounts of the potentially harmful chemicals have been detected in tuna, lobster and shrimp.

Particles of up to 500 micrometres across were found – scientists say these could suppress the immune system and aid transmission of toxins, viruses and disease.

Lead Researcher Dr Philipp Schwabl said: “While the highest plastic concentrations in animal studies have been found in the gut, the smallest microplastic particles are capable of entering the blood stream, lymphatic system and may even reach the liver.

“Now that we have first evidence for microplastics inside humans, we need further research to understand what this means for human health.”