UK population at risk of coastal flooding ‘could quadruple by 2080’ 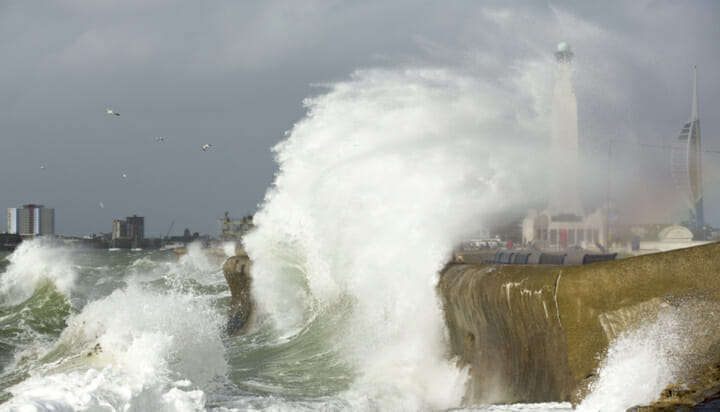 The population at risk of coastal flooding could almost quadruple by 2080.

That’s the verdict from the Committee on Climate Change (CCC), which says new policies are urgently needed to protect British homes and landscapes from flooding and coastal erosion caused by climate change.

It warns damage already costs around £260 million per year, with roughly 520,000 properties in England at risk from being flooded and 8,900 properties in danger of being washed away.

The CCC estimates the total value of assets at risk could be as much as £150 billion.

The report argues the current approach to protecting the coastline in England “really isn’t fit for purpose” and urges stronger actions to reduce greenhouse gas emissions and adapt to climate change are needed to reduce the risk for up to 500,000 people in England by 2100.

Baroness Brown, Chair of the CCC’s Adaptation Sub-Committee, said: “There genuinely will be homes that it will not be possible to save.

“That’s why people need information, so they can take rational decisions about the level of risk they are prepared to take.”