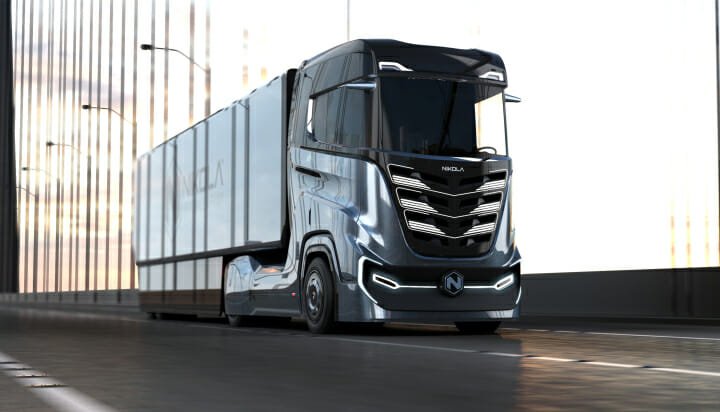 Nikola Motor Company has unveiled the third version of its hydrogen-powered semitrailer truck.

Nikola Tre – which means “three” in Norweigan – will be aimed at the European market and a prototype will be displayed at the company’s event in Arizona next April.

The Tesla-rival expects production to commence in 2022/23 – Elon Musk also unveiled Tesla’s all-electric Semi truck last year, which will have a range of 500 miles and go into production next year.

Trevor Milton, Founder and CEO of Nikola said: “It will be the first European zero-emission commercial truck to be delivered with redundant braking, redundant steering, redundant 800Vdc batteries and a redundant 120kW hydrogen fuel cell, all necessary for true level 5 autonomy.”

Redundancy refers to the duplication of vital components of a system in order to increase reliability and performance and level 5 autonomy means self-driving vehicles that can be operated without a driver under any environmental conditions.

By 2028, the company plans to have more than 700 hydrogen stations across the US and Canada.

Its European stations are planned to come online by 2022 and projected to cover most of the region’s market by 2030.

Tesla also announced it is developing a futuristic pickup truck.