Special Report: Getting to the meat of the matter

The meat industry, its environmental impact and what you can do 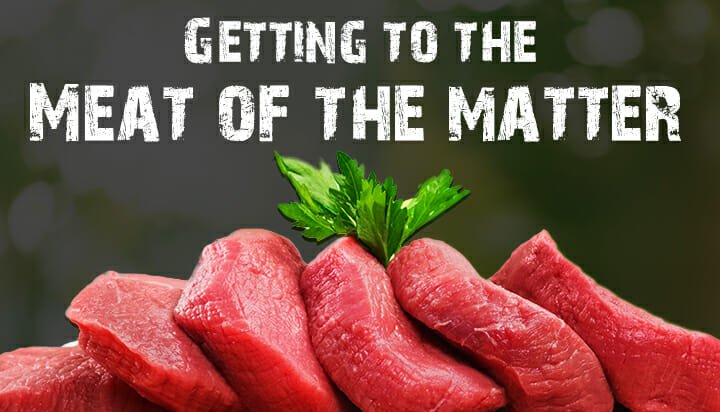 Welcome to ELN’s latest Special Report, a new series which aims to give you an overview of some of the energy and environment sector’s hottest topics.

This edition will focus around the environmental impacts associated with meat production and consumption – along with the swelling movement to turn the tide on single-use plastic waste, the trend towards a more sustainable and ethical vegetable-based diet has been one of the year’s defining conversations at the office water-cooler and on the Twittersphere.

But what are the numbers on the ground?

The trend towards veganism

What was once a fringe movement on the edge of society is undoubtedly going mainstream, although the exact figures vary depending on who you ask – The Vegan Society found there are 600,000 British vegans in 2018, four times more than there were in 2014 and now making up 1.16% of the entire population. Meanwhile, research from CompareTheMarket claims there are as many as 3.5 million people enjoying animal product-free meals across the country.

Whatever the numbers, interest is at an all-time high – Just Eat notes it observed demand for meat-free food increasing by a staggering 987% in 2017, with market researcher Mintel showing the UK market for meat-free foods was worth £572 million last year, up from £539 million only two years before.

Google Trends shows a continuous surge in interest in vegan foods over the last decade, as evidenced in the graph below, with the number of searches quadrupling in the five years between 2012 and 2017.

How could it help?

Despite the shift towards greener eating habits, many of us still primarily focus on making emissions savings elsewhere, for instance by avoiding using the car for shorter journeys, cutting down on flights or turning off lights and devices around the house when not in use.

However, new research led by the University of Oxford suggests reducing meat intake is actually the largest single way a person can reduce their environmental impact, not just in terms of greenhouse gases but also to reduce deforestation, land use and water consumption.

The Oxford University study shows even the greenest beef is responsible for six times more greenhouse gases and a staggering 36 times more land than producing equivalent plant protein such as peas. The difference is even more stark when looking at the nutritional values – global animal farming currently provides just 18% of calories but takes up 83% of farmland.

It claims if the entire world went vegan, it could not only reduce greenhouse gas emissions by two-thirds, lead to healthcare-related savings, avoid climate damages of $1.5 trillion (£1.17bn) but also save eight million human lives by 2050.

Even the UN agrees – in a 2010 report, the global organisation said: “Impacts from agriculture are expected to increase substantially due to population growth, increasing consumption of animal products.

“A substantial reduction of impacts would only be possible with a substantial worldwide diet change, away from animal products.”

It’s hard to argue with the shocking statistics, some of which even suggest the five largest meat and dairy corporations are already responsible for more annual greenhouse gas emissions than energy giants such as ExxonMobil, Shell or BP.

I was a vegetarian for nine years and while I’m not exactly a showcase for the high protein content possibilities of a vegetable-based diet, I suffered no ill effects health wise, contrary to what many skeptics would have you believe.

Nevertheless, getting people to give up what is often the favourite part of their dinner is a tough ask – I now eat meat again and would find it hard to cut it out completely.

I also disagree with the vegetarians and vegans that argue meat is not a natural dietary choice for humans and would point them towards evidence suggesting it is likely to have helped the human race evolve to the level we are at today.

One study, published in Proceedings of the National Academy of Sciences, suggests meat and other cooked foods were needed to provide the necessary calories required to feed and develop a larger, more neuron-heavy brain than other primates like gorillas, who stayed eating grass and plants.

However, I do think there are changes we should all make an effort to make. My parents say when they were my age, meat used to be more of a special occasion or weekly treat, rather than the expected component in every meal that it has become in recent times.

I think it is hard to deny that the industrialised process in which the bulk of our meat is now produced is incredibly damaging, with more than a billion animals in Britain now killed each year in slaughterhouses – ethical concerns aside, the resources needed to sustain these creatures, as well as the amount of methane emissions they produce, is astonishing.

Personally, I now try to eat meat from local farms and butchers as much as possible, as these facilities work on a smaller-scale, generally use less environmentally-intensive methods and as a result have less of an impact on our planet.

It’s vitally important to overcome the disconnect between what we eat and the disproportionate carbon footprint it often creates but I am of the belief that encouraging reduction, not omission, is a more realistic option to move towards a more sustainable system.

I guess time will tell… in the meantime I’ll look forward to that special steak on the weekend.