A new report reveals the annual value of global e-waste is more than £48.5bn 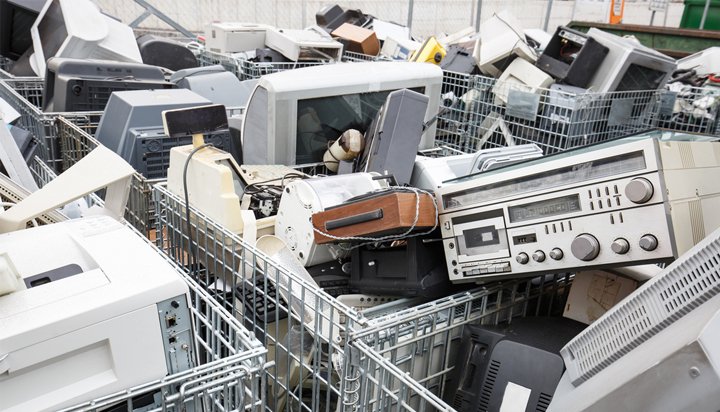 More than 44 million tonnes of electronic and electrical waste (e-waste) was produced globally in 2017, with a majority being sent to landfill.

That’s more than six kilograms for every person on the planet and equivalent to all the commercial aircraft every built, according to a new report.

It reveals the annual value of global e-waste is more than $62.5 billion (£48.5bn) – more than the GDP of most countries.

The report from the Platform for Accelerating the Circular Economy (PACE) and the UN E-Waste Coalition adds less than 20% of e-waste is “formally recycled”, with 80% either ending up in landfill or being “informally recycled” – much of it by hand in developing countries, exposing workers to hazardous substances such as mercury and lead.

In addition to health and pollution impacts, improper management of e-waste is also said to result in a “significant” loss of scarce and valuable raw materials, such as gold, platinum, cobalt and rare earth elements.

The report suggests as much as 7% of the world’s gold may currently be contained in e-waste, “with 100 times more gold in a tonne of e-waste than in a tonne of gold ore”.

It was previously revealed tens of thousands of tonnes of e-waste are shipped in used vehicles from European ports to Nigeria – up to 100,000 people are said to work in the informal e-waste sector in the country.

The new report calls for an overhaul of the current electronics system, emphasising the need for a circular economy in which resources are not extracted, used and discarded but valued and reused in ways that minimise environmental impacts.

Solutions include durable product design, buy-back and return systems for used electronics and ‘urban mining’ to extract metals and minerals from e-waste.