Greta Thunberg: ‘Lowering emissions not enough – they need to be stopped’

Climate activist Greta Thunberg gave a speech to MPs at the Houses of Parliament, condemning the UK’s efforts on climate change 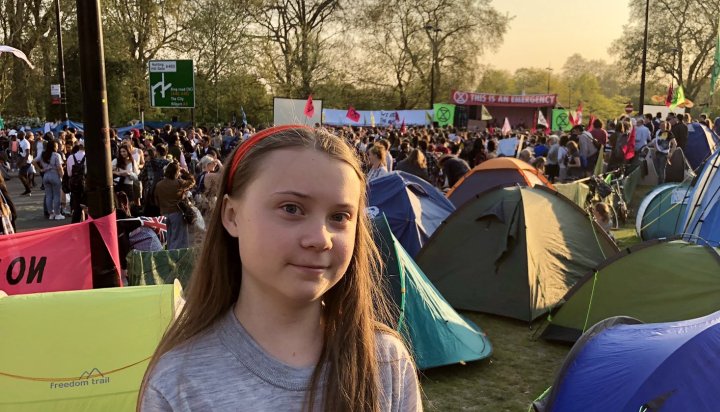 Lowering emissions is not enough – they need to be stopped altogether.

That was what 16-year-old climate activist Greta Thunberg told MPs in a speech given today at the Houses of Parliament, in which she condemned the UK’s stance on tackling climate change.

She warned that science shows by around 2030, there will be “an irreversible chain reaction beyond human control that will most likely lead to the end of our civilisation as we know it”, unless permanent and unprecedented changes in all aspects of society have taken place.

She said this would need to include at least a 50% reduction of carbon dioxide emissions if the world’s temperatures are to be kept below 1.5-2°C of warming – she stressed this would need to be followed by quickly reaching net zero emissions and then moving on to a negative-emission model.

Ms Thunberg said as a result of the drastic changes required, ‘business as usual‘ cannot continue and she argued that today’s politicians aren’t making room for this kind of drastic action.

She criticised the UK for still actively supporting the new exploitation of fossil fuels, such as the UK shale gas fracking industry, the expansion of North Sea oil and gas fields, the construction of new runways at airports and planning permission being granted for a brand new coal mine.

The activist said “creative” climate accounting meant that although the UK has achieved a 37% reduction of its territorial carbon dioxide emissions since 1990, it does not include emissions from aviation, shipping and those associated with imports and exports.

She told MPs: “This ongoing irresponsible behaviour will no doubt be remembered in history as one of the greatest failures of humankind.

“You lied to us. You gave us false hope. You told us that the future was something to look forward to. And the saddest thing is that most children are not even aware of the fate that awaits us.”

“We will not understand it until it’s too late. And yet we are the lucky ones. Those who will be affected the hardest are already suffering the consequences. But their voices are not heard.”