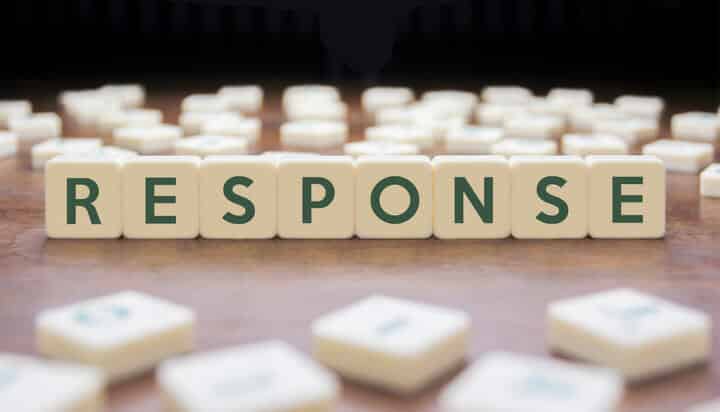 She said young people will have the chance to share future climate policy through the Youth Steering Group that has been set up, which will advise government on priorities for environmental action and give a view on progress to date against existing commitments on climate, waste and recycling as well as biodiversity loss.

Mrs May announcement follows advice from the Committee on Climate Change (CCC) recently to set the ambitious goal.

The CCC believes achieving a net zero target is “necessary, feasible and cost effective” and is a major commitment for the coming decades.

Chairman Lord Deben said: “This step will send a strong signal to other countries to follow suit – and will help to drive the global effort to tackle climate change required by the Paris Agreement.

“This is just the first step. The target must now be reinforced by credible UK policies, across government, inspiring a strong response from business, industry and society as a whole. The government has not yet moved formally to include international aviation and shipping within the target but they have acknowledged that these sectors must be part of the whole economy strategy for net zero. We will assist by providing further analysis of how emissions reductions can be delivered in these sectors through domestic and international frameworks.”

Energy UK welcomed the “exciting commitment” and said the energy sector is ready to lead further progress, which will deliver benefits for the environment, economy and customers.

Chief Executive Lawrence Slade added: “The power sector has led the way in helping reduce the UK’s carbon emissions. Half of our electricity generation now comes from low carbon sources and the recent coal-free fortnight is testimony to a rate of progress, at a lower cost, than anyone could have foreseen a few years ago.

“Net-zero can be achieved but only if the ambition is supported by the right policies. As our recent Future of Energy report highlighted, we need to go further and faster in areas like decarbonising transport and heating and improving the energy efficiency of our homes and businesses. This can only happen with consistent and bold policy-making from across all government departments to support the target and we look forward to working with the government to achieve our shared ambition.”

John Pettigrew, CEO of National Grid said: “Government has shown today the right leadership in legislating for a 2050 net-zero target. Britain has an opportunity to cement its global leadership in reducing emissions and to create new economic opportunities as a result.

“Industry and government must now work together to make the huge progress needed in the decarbonisation of heat and transport, building on the good work which has begun. As the first major economy to legislate for net-zero, we should all now get behind the UK’s bid to host the UN Framework Conference on Climate Change (UNFCC) COP26 conference next year.”

The Institute of Environmental Management and Assessment (IEMA), the professional body for those working in environment and sustainability also welcomed the government’s decision.

Chief Policy Advisor Martin Baxter said: “Tackling the urgency of climate change and meeting the 2050 target will require comprehensive policies and all parts of the economy and society will need to play their part in rapidly reducing UK emissions.

“We also believe that the forthcoming Office for Environmental Protection, being established through the new Environment Act, must be given powers to enforce climate change laws to give build trust and provide assurance to the public and businesses that government policies and plans to them are consistent with the long-term net-zero target.”

Dustin Benton, Policy Director at Green Alliance said: “The UK has moved first but the rest of the world is following fast. If ever there was a reason to be the host of the pivotal 2020 climate conference, this move to be the first major economy to legislate for net zero is it.”

“Legislating for net zero means we now have to deliver it: if the UK is to get on track, and to benefit from all the upsides of clean growth, we need a budget and spending review that is equal to the challenge. The next chancellor must count not only the cost of climate action, but the benefits it will bring to the UK.”

“Ambition must be matched by action”

The Prospect union believes ambition must now be matched by action, with Sue Ferns, Senior Deputy General Secretary adding: “It is absolutely right that Ministers listen to the scientific evidence and public concerns about the risks posed by climate change.

“We need decisive and sustained leadership from government to ensure that we have the investment and action necessary to deliver the mix of low carbon energy, including new nuclear, to power this new future. After too many lost years, this is an enormous task that can only succeed if politicians work with workers, unions and other groups to develop an ambitious plan to secure the jobs and investment we need for a just transition.”

Rebecca Long Bailey MP, Labour’s Shadow Energy Secretary said: “While this announcement is welcome in theory, in practice it comes from a Conservative Government that is off track to meet existing climate targets, that has no plans for legislation or investment needed to cut emissions and that has dismantled the UK renewable energy sector while pushing fracking.

“The government is a bit like a marathon runner with the wrong shoes, the wrong diet and no training expecting to break the world record; it looks less like ambition and more like delusion.”

Friends of the Earth Chief Executive Craig Bennett said: “In the dying days of a premiership characterised by chronic inaction on climate breakdown, this sends a powerful message to industry and investors that the age of fossil fuels is over.

“But it is disappointing that the government has ignored its climate advisors’ recommendation to exclude carbon offsets – as well as caving into Treasury pressure to review the target in five years’ time. Fiddling the figures would put a huge dent in our ability to avoid catastrophic climate change – and the government’s credibility for taking this issue seriously. Having declared a climate emergency, Parliament must act to close these loopholes.

“2050 is still too slow to address catastrophic climate change, the UK can and must go faster. The next prime minister must legislate to end our contribution to climate breakdown earlier, put carbon-cutting at the centre of policy-making and pull the plug on plans for more roads, runways and fracking.”