Renewable jobs around the world topped 11 million in 2018

This compares with 10.3 million in 2017, the increase driven by renewable energy industries increasingly spreading around the globe. 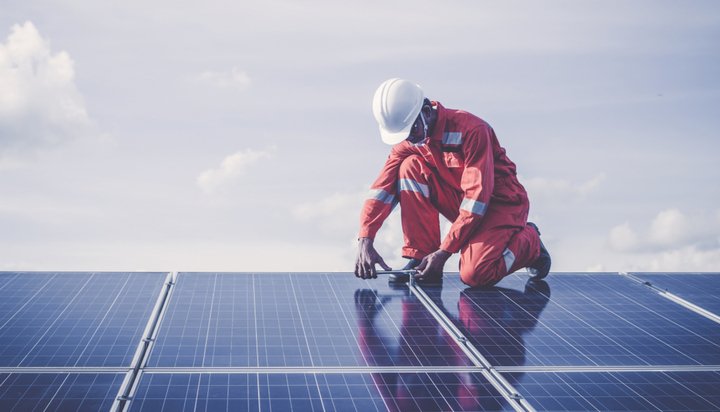 Renewable jobs around the world topped 11 million in 2018.

That’s according to the latest analysis by the International Renewable Energy Agency (IRENA) – this figure compares with 10.3 million clean energy jobs in 2017, the increase being driven by renewable energy industries increasingly spreading around the globe.

The report notes more countries are manufacturing, trading and installing clean energy infrastructure each year, with growth no longer being limited to China, the US and the EU.

The solar industry retains the top spot for jobs, making up a third of the renewable energy workforce as the amount of work developing and installing panels soared in India, Southeast Asia and Brazil – Asia maintained a 60% share of renewable energy jobs worldwide and at three million positions, nearly 90% of all solar work.

China, the US, Japan and the EU lost jobs in the solar sector through 2018 but this was offset by growth elsewhere.

There were 1.2 million wind workers in 2018, with the bulk working onshore – China accounted for 44% of these roles, followed by Germany and the US.

Rising output pushed biofuel jobs up 6% to 2.1 million, driven by Brazil, Colombia, and Southeast Asia – in the US and Europe, a much higher proportion of the work is carried out by machines.

The hydropower sector employs 2.1 million people directly, of which around 75% work in operations and maintenance.

Francesco La Camera, Director-General of IRENA, said: “Beyond climate goals, governments are prioritising renewables as a driver of low carbon economic growth in recognition of the numerous employment opportunities created by the transition to renewables.