Roads will be closed around Tower Bridge, London Bridge and much of the City of London, stretching 20 kilometres on 22nd September 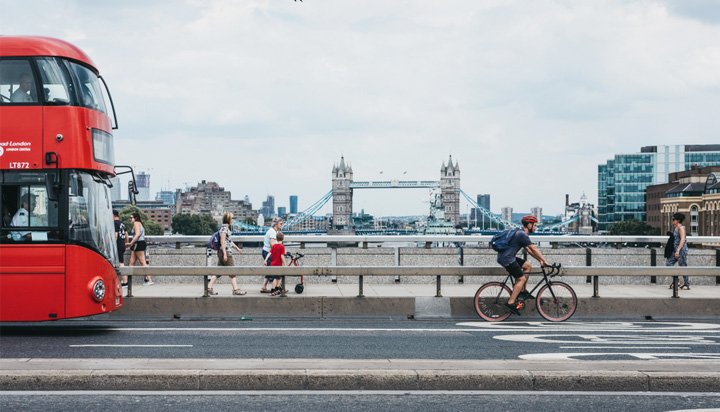 London Mayor Sadiq Khan has announced plans for the biggest ever car-free day this September to help tackle air pollution in the capital.

Roads will be closed around Tower Bridge, London Bridge and much of the City of London, stretching 20 kilometres – the equivalent of nearly 200 football pitches – as part of the mayor’s work to encourage Londoners to cycle, walk and use public transport to improve air quality and reduce emissions from cars.

Air pollution is one of the biggest health emergencies, with more than two million people in London living in areas that exceed the legal limits for NO2 emissions, including more than 400,000 children under the age of 18.

More than 50% of London’s toxic air pollution is said to be caused by vehicles – but a recent survey from Transport for London (TfL) found almost one in two people did not realise vehicles were the main cause, although three in four people were worried about the health impacts.

Mr Khan is planning the car free day on 22nd September 2019, aiming to get Londoners to “reimagine” their city car-free, while walking, cycling and exploring.

Hundreds of activities are expected to take place, with 19 boroughs also organising events, including working with residents to create local ‘Play Streets’ for children and communities.

The mayor said: “London is leading the way in innovative measures to improve air pollution and I want this year’s Car Free Day events to be the best of any world city. This will be a great opportunity for us all to leave our cars behind and explore our streets by foot, or by bike. We’ve called our range of events ‘Reimagine’ so that Londoners get an idea of what some of the busiest parts of our city would be like without cars and traffic. There will be tons of performances and activities for people of all ages to try and enjoy.

“I encourage as many Londoners as possible to join in the fun and see the city from a different perspective. I will continue to work with those boroughs who are forward-looking and want to think differently about how to use road space. Hopefully this will shame into life those boroughs with outdated views who are dragging their feet.”

Jemima Hartshorn, Founder of Mums for Lungs, welcomed the news.

She said: “We are pleased the mayor is supporting Car Free Day in London so strongly. Air pollution is killing thousands of Londoners prematurely every year and making many more people sick. Road traffic is the main contributor to air pollution in London and Car Free day is therefore a first step to showing us all how healthy, fun and accessible many parts of London are without road transport.”