The UK produces more e-waste than the EU average 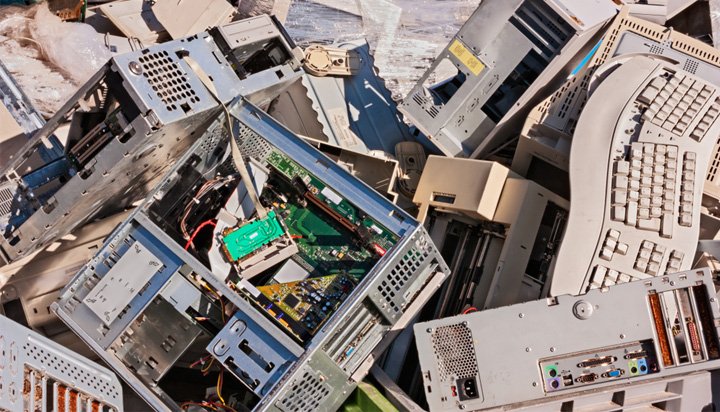 The Environmental Audit Committee (EAC) has launched a new inquiry into the “tsunami” of electronic waste (e-waste) and the UK’s efforts to build a more circular economy.

With the huge increase in the use of electronic devices and equipment in recent years contributing to a growth in e-waste, the nation’s system of dealing with the discarded technologies is being scrutinised.

Globally, 44.7 million tonnes of e-waste were produced in 2017, 90% of which was sent to landfill, incinerated, illegally traded or treated in a sub-standard way.

Europe and the US account for almost half of all e-waste globally, with the EU predicted to produce 12 million tonnes by 2020.

Despite a ban on e-waste exports to developing countries, 1.3 million tonnes of undocumented goods are exported from the EU each year.

The EAC says the UK was ranked as the worst offender in the EU by the Basel Action Network in February and following the report’s findings, the Environment Agency closed down four illegal waste operators.

E-waste can contain up to 60 different metals and chemicals, some of which can be hazardous to human health and the environment, including contaminating soil, polluting water sources and entering food supply chains.

The MPs are seeking written evidence on the steps being taken to move towards a circular economy for electronic goods and how the government can support this, the environmental and human health risk from e-waste as well as the support required to facilitate the adoption of recovery technologies.

They are also inviting views on the cause of fraud in the UK’s e-waste system, the actions government can take to prevent the illegal export of e-waste to the developing world and how recycling can be improved.

EAC Chair Mary Creagh MP said: “Our old fridges, freezers, computers, TVs, kettles and mobile phones are piling up in a ‘tsunami of e-waste’. New phone launches, cheaper goods and built-in obsolescence have contributed to the growth of electronic waste in recent years.

“The UK produces more e-waste than the EU average. We are missing EU targets and are one of the worst offenders for exporting waste to developing countries, who are ill equipped to dispose of it in a socially and environmentally responsible way. Our attitude to e-waste is unsustainable and the need for radical action clear. We will be investigating the UK’s e-waste industry and looking at how we can create a circular economy for electronic goods.”