The Consumer Council for Water has criticised Water Plus, Clear Water Business and Everflow for attracting high numbers of customer complaints 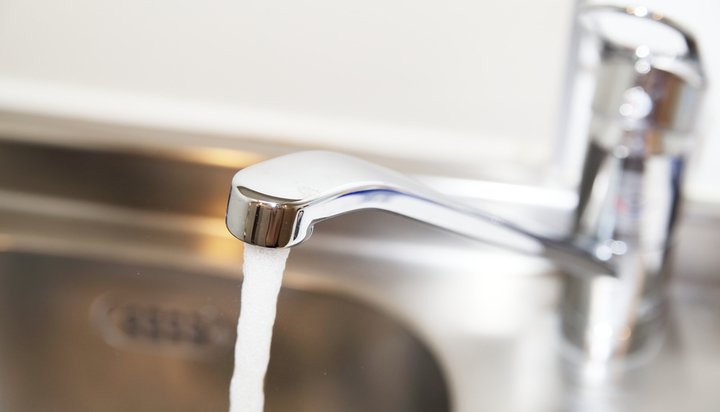 Three of England’s water retailers have been criticised after complaints from business customers increased for the second year in a row.

That’s the verdict from the Consumer Council for Water (CCWater), which says retailers such as Water Plus, Clear Water Business and Everflow have failed to fix issues causing complaints, which have risen by 52% since the market opened two years ago.

Overall, business customers made nearly 18,000 written complaints to both retailers and water companies during 2018/19

CCWater notes Water Plus saw complaints rise by more than 70% and says it had to investigate 21 complaints against the retailer as it struggled to resolve billing problems – this is seven more complaints than any other company.

Smaller suppliers were also affected – the new report highlights Clear Water Business was the worst performer for complaints made to the watchdog over the period, while Everflow was criticised for its slow response time to customers.

CCWater says the number of written complaints rose by 20% during 2018/19, with a total of eight retailers in England and one water company in Wales seeing complaints increase – this meant the organisation had to carry out a total of 58 investigations, more than double the amount in the previous year.

Robert Light, Chair of CCWater, said: “Choice promised to improve service for business customers but instead we are seeing complaints rising while customer satisfaction levels head in the opposite direction.

“Poor-performing retailers and water companies have had long enough to iron out these problems and the excuses won’t wash with us or customers. We want to see the regulator take action where companies are not fulfilling their obligations.”

Andy Hughes, Chief Executive of Water Plus, said: “For us, one complaint is one too many and we’re continuing to drive these down through our focused improvement programme and the combined efforts of all our people. These figures are historic and, following the significant investments we made in 2018, we’ve seen complaints drop by around 40% in the last three months.

“As we worked through and cleansed some older and more complex account activities in the last year, we unfortunately expected – and planned for – complaints to increase in the short-term and then for these to reduce. We’ve also been working closely with the Consumer Council for Water (CCWater), providing regular updates on the strong progress we’ve made.”

Everflow Managing Director, Josh Gill, said: “It is great to see the progress that we have made, as highlighted in the 18/19 report, showing that we have gone from 10th best to 6th best in half a year. We are also pleased to announce that we have seen continued improvement evidenced in Q1 of 2019 and are well ahead of average benchmarks pre-market opening so we look forward to next year’s report.

“However, we are disappointed with how CCW has chosen to represent us given where we are currently positioned in the table. Especially considering their acknowledgement that the methodology, which favours incumbents over companies who target SMEs, could have been improved. OfWat is calling for the market to engage more with SMEs and we need to make sure that all public facing reporting provides accurate and reliable information for SMEs looking to switch.”

Chris Earle, CEO of Verastar, the parent company of Clear Business Water, said: “The CCWater report demonstrates that companies who are successfully switching customers through competition are receiving more complaints than incumbent suppliers who inherited large customer portfolios. New entrants are unearthing historical issues around data held within the central systems which causes a discrepancy between the actual bills and historical bills. The root cause of the issue is the data provided by the old supplier to the new one. We believe to accurately and fairly measure comparative performance between suppliers, CCWater should group complaints by switched and non-switched customers to enable better targeting of improvement measures.

“When a customer is transferred to a new supplier, this often brings to the surface longstanding issues such as incorrect tariffs and meters that have not been read for a number of years. The impact of this incorrect data may ultimately lead to customer dissatisfaction as their billing is not in line with their expectations.

“Despite the very challenging market conditions, out of 13,607 supply points that have transferred to us, only 31 customers (0.2%) have raised a dissatisfaction to CCWater in the measured period.

“We recognise that wherever customers have an issue we need to work even harder to provide a better level of service so that we can be successful in a competitive market. We want all of our customers to have a great experience and we are working hard to fix the data issues in the market. Ultimately this will be key in improving the customer experience.

“We are encouraged that our continued efforts have led to our complaints in the final quarter of the measured period showing a reduction of 68% compared to the first 9 months of that period. We will continue to work with the industry to drive a better experience for all customers.”