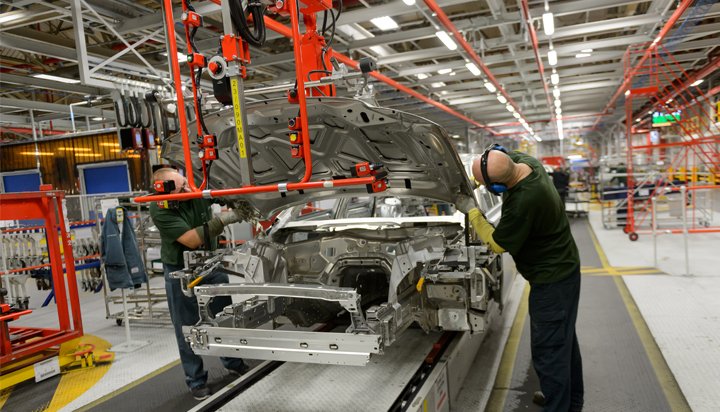 Jaguar Land Rover has unveiled plans to manufacture a range of new electric vehicles (EVs) at its plant in Castle Bromwich in the UK.

The move helps safeguard thousands of jobs and is part of the company’s commitment to offer electrified options for all new Jaguar and Land Rover models from 2020.

The news follows the car manufacturer’s previous announcement to reduce 4,500 jobs, with the majority of coming from the UK – that was after 1,500 jobs were lost in 2018.

The first new EV to be produced at the plant will be Jaguar’s flagship luxury saloon, the XJ.

Jaguar Land Rover previously said it would bring battery and electric drive unit (EDU) assembly to the Midlands, with investment in new and existing facilities.

The new Battery Assembly Centre at Hams Hall, which will be operational in 2020, will have an installed capacity of 150,000 units.

The car manufacturer is also calling on the government and industry to work together to bring “giga-scale” battery production to the UK.

CEO Dr Ralf Speth said: “The future of mobility is electric and as a visionary British company, we are committed to making our next generation of zero emission vehicles in the UK. We are co-locating our electric vehicle manufacture, Electronic Drive Units and battery assembly to create a powerhouse of electrification in the Midlands.”